A federal judge has refused to dismiss a lawsuit filed by a man in Columbia, Missouri, who claims the Hershey Co. misled consumers by selling underfilled boxes of Reese’s Pieces and Whoppers.

U.S. District Judge Nanette Laughrey of the Western District of Missouri ruled (PDF) last week that the would-be class action could proceed, report the Washington Post and the Consumerist.

The lawsuit is among several suits that claim consumers are being shortchanged, according to the Washington Post. Suits have been filed over packaging for Mike and Ike candy, pasta and potato chips. Another suit, tossed by a judge, claimed Starbucks was putting too much ice in its coffee.

The plaintiff in the Hershey’s suit, Robert Bratton, says that 29 percent of the Reese’s Pieces Box and 41 percent of a Whoppers box is empty, according to the Laughrey’s order. Nothing prevents the company from reducing the box size or adding more candy to the box, Bratton maintains.

Bratton alleges violation of Missouri Merchandising Practices Act, which bans deception and misrepresentation in the sale of products, as well as unjust enrichment. He also notes a federal regulation that bans “slack-fill”—empty space—in packaging. 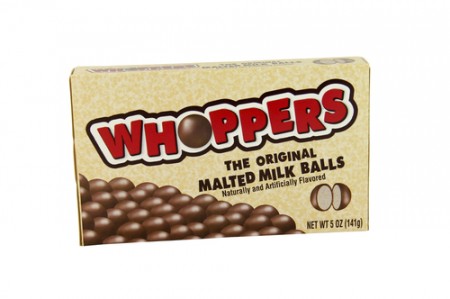 Hershey’s, on the other hand, contends that a reasonable consumer would realize the candy boxes are not filled to the brim because their contents “audibly rattle.” In addition, Hershey’s says in its motion to dismiss, it is common knowledge that most packaged goods contain some sort of empty space, which is “necessary for efficient manufacturing and distribution.”

The company also argues that consumers aren’t misled because of package information listing net weight, number of pieces of candy per serving, and number of servings in the box.

Whether a reasonable consumer would notice rattling in the 13 seconds it typically takes to make a purchase, and then be able to determine the amount of slack fill, are questions of fact that can’t be resolved at the summary judgment stage, Laughrey said.

She also noted a Missouri Court of Appeals ruling involving muffin mix labeled as “all natural” while disclosing in the ingredient list that it contained sodium acid pyrophosphate. The Missouri court said a reasonable consumer would expect the ingredient list to comport with the packaging. The same reasoning could apply in the Hershey case, Laughrey said.