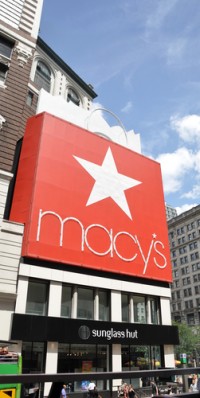 Manhattan Judge Manuel Mendez has blocked Macy’s from holding suspected shoplifters and demanding payment for damages in exchange for their release.

Mendez granted the preliminary injunction Monday in a class action complaint filed against the retail giant. According to the New York Law Journal and the Guardian, Cinthia Orellana and Samya Moftah were both accused of shoplifting from the Manhattan location of the department store. They say in their legal filings that they were detained for hours, told they could not go home before they signed a confession, and coerced into paying hundreds of dollars in damages. Both women were also turned over to the New York Police Department and arrested on criminal charges that were eventually dropped.

The Guardian reported that New York’s business law statue notes: “A retail establishment for the purpose of investigation or questioning … as to the ownership of any merchandise … shall be in defense to such action that the person is detained in a reasonable manner.” Furthermore, the laws state a retailer can charge five times the total price of the stolen merchandise, but penalties may not exceed $500.

According to an affidavit filed by Moftah’s attorneys, Moftah was detained despite her repeated pleas and requests to the employees to check her Macy’s card charges and receipts. She also heard one of the employees demand to see what was under head scarf, and said she was mocked for being Muslim and stealing during the fasting month of Ramadan. The affidavit says Moftah’s credit card was taken and charged for $500 against her will.

Judge Mendez opined that Macy’s was abusing its retailer rights.

“Macy’s has combined the power it was given under the statutes by using this power as a double-edged sword instead of a shield,” Mendez stated, later adding, “Macy’s treads on a thin line between permissible and impermissible behavior … A suspected shoplifter is given no opportunity to otherwise object, have a hearing, or receive guidance from counsel before signing a confession and then agreeing to pay penalties.”

Attorney Faruk Usar of Usar Law Group in Queens is representing Moftah and Orellano in a case he hopes to make national.

“We are claiming that this is all by design. To accuse someone, hold them, charge them money, and then transfer them to the criminal justice system,” Usar told The Guardian. “Orellana and Moftah went to the court to prove their innocence. It’s like the police pulling you over, giving you a ticket and demanding money on the spot. If not worse.”

Macy’s New York store has also been involved in other problematic cases, according to The Guardian, for which it paid New York attorney Eric Schneiderman $650,000 to settle over a dozen profiling and false detention complaints in 2014.

The New York Journal and the Guardian reported Macy’s spokesman Jim Sluzewski noted the practice of in-store civil recovery had been previously stopped nationwide in the fall of 2015. He said, “Given that this is a matter in active litigation, we do not have further comment to make.”