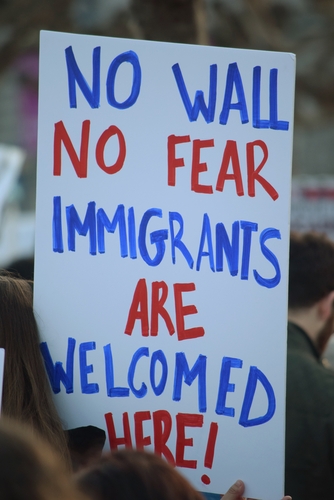 U.S. District Judge William Orrick ruled in a suit by the city and county of San Francisco and Santa Clara County, reported the Chicago Tribune and Reuters.

The government had argued the plaintiffs lacked standing because they were not named as sanctuary jurisdictions in Trump’s executive order. Government lawyers also argued that the order was issued as an exercise of the president’s “bully pulpit” to highlight a change in immigration enforcement, and it applied to only three Justice Department block grants.

Orrick said that despite the government’s arguments, the plain language of the executive order reaches all federal grants. “And if there was doubt about the scope of the order,” Orrick wrote, “the president and attorney general have erased it with their public comments.”

“Although the government’s new interpretation of the order is not legally plausible,” Orrick said, “in effect it appears to put the parties in general agreement regarding the order’s constitutional limitations.” Congress has the spending power, and the president can’t place new conditions on federal funds, Orrick said. In addition, he said, the 10th Amendment requires that conditions on federal funds bear some relation to the funds at issue, and that the financial incentive not be coercive.

Orrick also found that the plaintiff jurisdictions have standing because the threat to withhold federal grants creates budget uncertainty and will cause constitutional injury.

Orrick said the injunction does not affect the Justice Department’s ability to withhold grants based on conditions already set by federal law. “This injunction does nothing more than implement the effect of the government’s flawed interpretation of the order,” he said.