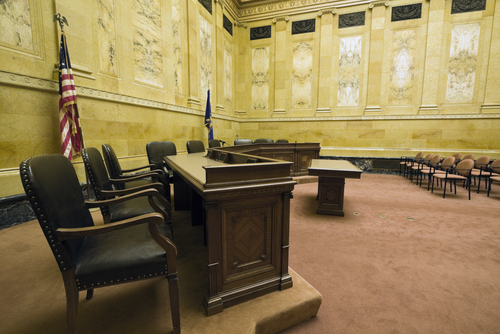 A state judicial ethics board is being asked to investigate a Chicago-area judge who claims he can’t work in traffic court because of his financial interest in a car wash that had previously won city contracts to wash police cars and other vehicles.

A panel of 17 presiding judges in Cook County, Illinois, voted Tuesday evening to refer the judge to the Illinois Judicial Inquiry Board, the Chicago Tribune reports. The board will then decide whether to file a complaint.

The judge, Richard Cooke, was elected in November, but he refused to work in traffic court where all new judges are assigned. He also claims he cannot work in criminal court.

He was transferred to marriage court in late January and is presiding over weddings at city hall. He earns $194,000 a year.

Cooke amassed a “massive war chest” during his campaign for a judgeship, and spent only a small part of the money, according to the Tribune story. He donated some of the money to the campaigns of those with power to slate him as the Democratic candidate. His campaign website included photos of himself with several prominent politicians.

The Tribune writes: “Critics say the tempest is an illustration of all that’s wrong with selecting judges in Cook County—where cash and political connections at times carry more weight than temperament and ability.”