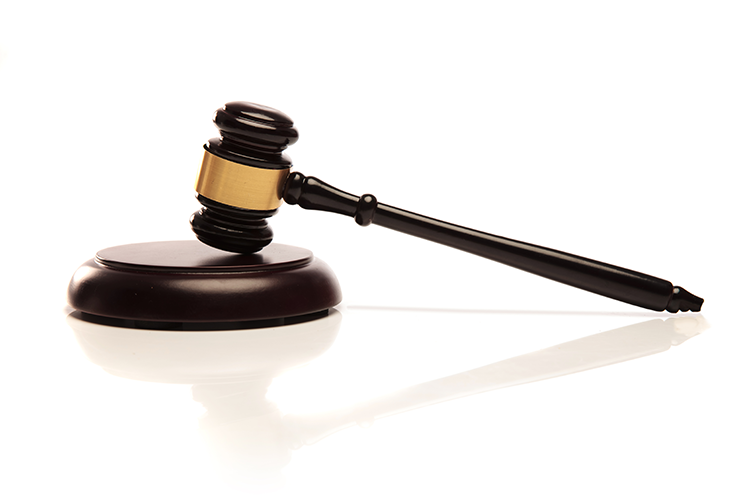 An associate family law judge in Texas has filed a lawsuit claiming a district judge created a hostile work environment and violated her constitutional right to be free from political coercion.

Judge Diane Scott Haddock of Fort Worth claims in the lawsuit that she was subjected to “constant badgering, threats, back-biting, undermining and maligning” after she refused to comply with a relayed message to “get her husband under control” and stop his political activity. Texas Lawyer has coverage of the suit, filed Oct. 3 in federal court in Fort Worth.

The suit says Judge Patricia Baca Bennett of Tarrant County, who has supervisory powers as a district judge, issued the order for Haddock to get her husband to stop. Baca Bennett had supported a current judge, Jim Munford, in a judicial election, while Haddock’s husband supported the current judge’s opponent.

Baca Bennett had called Haddock into her office in October 2017 after reading a news post by an organization created by Haddock’s husband that called Munford a “RINO,” meaning “a Republican in name only.” Baca Bennett told Haddock to talk to her husband because the organization needed to stop badgering Munford, the suit says.

That message was repeated in February, when a visiting judge told Haddock that Baca Bennett had asked her to advise Haddock that she needed to “get her husband under control” or “handle her husband,” or words to that effect, the suit says.

Despite the earlier warning, Haddock’s husband and other associates continued to discuss election issues, the suit says. They included whether Munford was violating the Second Amendment by signing family court orders for the seizure of guns, and whether he had mistreated his first wife.

Haddock herself had been subjected to rumors and public criticism after she awarded custody of a couple’s granddaughter to the child’s mother, who was later found responsible for the child’s 2016 death. There were specious allegations that the mother had paid a bribe to Haddock, and some people had labeled Haddock a murderer, the suit says.

After a friend moved Haddock’s framed flags and art from the courthouse to the Haddocks’ loft as decorations in February, Haddock learned that Baca Bennett allegedly had been telling people that Haddock had cleaned out her office and quit. A few days after the removal of the flags, another of Haddock’s supervising district judges announced on Facebook that Haddock had quit. According to the suit, Judge Bill Harris said in the Facebook post he learned of the resignation from the president of the State Bar of Texas, who said Haddock’s husband had informed him of Haddock’s decision.

Baca Bennett then made false and misleading comments on Harris’ post about Haddock’s resignation, “embellishing the story significantly,” the suit alleges. Baca Bennett said the announcement was made after “a strange email was allegedly sent” by Haddock’s husband to the state bar president. Baca Bennett wrote that the email “was rumored to have said that due [to] corruption in the election process [his] wife is resigning,” according to the suit.

Harris removed the post and its comments after Haddock confirmed she had not resigned, but Baca Bennett left her comment online long after becoming aware that the resignation post was not accurate, the suit says. Baca Bennett’s comments demeaned Haddock’s marriage and family relationships, according to the suit, and undermined her authority as a judge “since many of the lawyers she incited to trash Diane publicly are lawyers who regularly appear in Diane’s courtroom.”

After the online post, Baca Bennett allegedly told another Tarrant County employee he can no longer speak to Haddock. Baca Bennet also asked a lawyer who represents Haddock’s husband how he could represent “an evil man” and a “bully,” and said Haddock’s husband spent $300,000 “to smear Judge Munford,” the suit alleges.

The suit also says that Baca Bennett was overheard in the lawyers’ lounge sometime this past spring “screaming, yelling and crying while demanding support to oust Diane.”

According to the suit, Haddock had dreamed of being a judge since age 7, and if she were not allowed to continue in her job it would “destroy a great deal of the happiness she has enjoyed serving Tarrant County for two decades.” She wants to continue working until retirement at age 65 in January 2022, the suit says.

Baca Bennett told the ABA Journal she couldn’t comment extensively on pending litigation. But she did say that the exhibits in the case, including her text messages, show that she wasn’t harassing Haddock. Rather, she was trying to make peace between Haddock and Munford, Baca Bennett says.