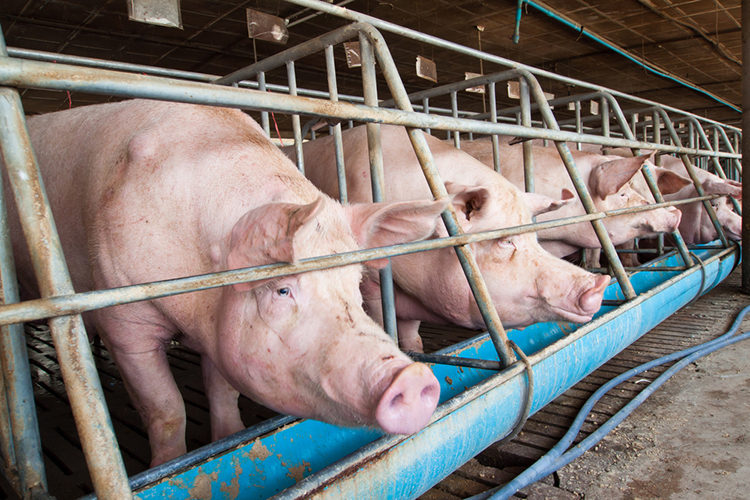 A federal judge in North Carolina has slashed a $50 million punitive damages award in a nuisance suit against a hog farm that stored the animal waste in open-air lagoons and sprayed it on nearby fields.

U.S. District Judge Earl Britt said in his order a state cap on damages required him to limit punitive damages to $250,000 per plaintiff, report Courthouse News Service, the Associated Press and the News & Observer. With compensatory damages, the 10 people who sued will each collect $325,000.

People who lived next to the 15,000-head hog farm in Eastern North Carolina filed suit in 2014 against the pork producer Murphy-Brown, a division of Smithfield Foods, according to prior coverage by the Wall Street Journal and Law360. Their suit said the spraying creates a stench that remains in their clothes, attracts clouds of flies, and coats their homes and cars with liquid waste.

Britt ruled in November that the state’s right-to-farm law, which protects existing farming operations, did not apply because the plaintiffs or their relatives lived on their property before the hog farm began operations.

North Carolina lawmakers changed the state’s nuisance law last year to make such suits more difficult, according to the AP story. The legislature also enacted a cap on compensatory damages last year, but the measure is not retroactive.

The case, McKiver v. Murphy-Brown, is the first in a series of nuisance trials filed against Murphy-Brown. The bellwether case was selected to gauge arguments for a possible larger resolution.