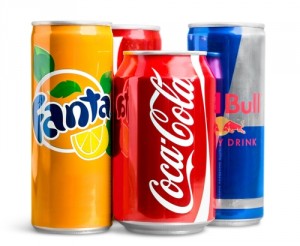 San Francisco is poised to become the first city in the country to require warning messages on advertisements for sugar-added drinks, after a federal court refused Tuesday to issue a temporary restraining order.

After the enactment of two ordinances by the city’s board of supervisors last year, the American Beverage Association and other trade groups sued the city to block the new laws, as CBS SF Bay Area, the San Francisco Chronicle and the Wall Street Journal (sub. req.) reported at the time.

The plaintiffs argued that the warnings—which would be mandated on ads on billboards, bus shelters, in stadiums, and the like—violated the First Amendment and unfairly targeted the beverage industry. The messages are reqired to cover 20 percent of the ad and must state: “WARNING: Drinking beverages with added sugar(s) contributes to obesity, diabetes, and tooth decay. This is a message from the City and County of San Francisco.”

However, U.S. District Judge Edward Chen on Tuesday said the “factual and accurate” warnings likely don’t violate the First Amendment and found that the plaintiffs won’t suffer irreparable harm if the ordinance goes into effect, according to CBS San Francisco, the San Francisco Chronicle and the Wall Street Journal (sub. req.).

In a written statement, the beverage association said it looks forward to pursuing the merits of the case in court.

“We are disappointed in the court’s ruling on our motion for a preliminary injunction as we believe that the city of San Francisco’s mandate violates the constitutional rights of a select group by unfairly discriminating against one particular category of products, based on one ingredient found in many other products,” the group writes.

In addition to the ordinance mandating the warnings, a second ordinance at issue in the case bans sugary drink advertising on city property.