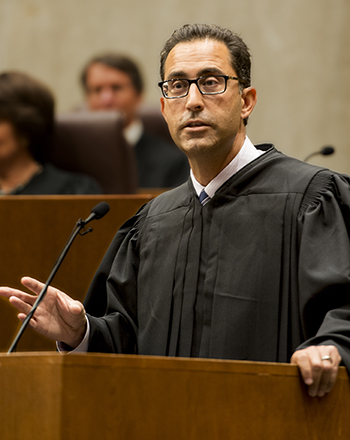 A federal judge in San Francisco has refused to issue an emergency order requiring the Trump administration to continue paying insurer subsidies under the Affordable Care Act.

U.S. District Court Judge Vince Chhabria ruled Wednesday against the request by 18 states and Washington, D.C., Politico, the Los Angeles Times, CNBC and Reuters report. The plaintiffs wanted Chhabria to reinstate the subsidies while the case was litigated.

The Affordable Care Act requires health insurers to subsidize the cost of co-payments and deductibles for low-income people, and requires the federal government to make advance payments to insurers to cover the costs, Chhabria wrote in his opinion. It’s unclear, however, whether the act actually appropriated money for the payments, Chhabria said.

Chhabria indicated he was leaning toward the government position. “Although the case is at an early stage, and although it’s a close question, it appears initially that the Trump administration has the stronger legal argument,” Chharbria wrote in his decision.

Chhabria also said that state regulators have been working for months to prepare for termination of the payments. “And although you wouldn’t know it from reading the states’ papers in this lawsuit,” he wrote, “the truth is that most state regulators have devised responses that give millions of lower-income people better health coverage options than they would otherwise have had.”

Insurers, working with the states, have raised rates for some plans, Chhabria said. And lower-income people will get higher tax credits, which are applied when they buy the insurance, to make up for increased premiums.

“Because of the measures taken by the states in anticipation of a decision by the administration to terminate … payments, the large majority of people who purchase insurance on exchanges throughout the country will either benefit or be unharmed,” Chhabria wrote.