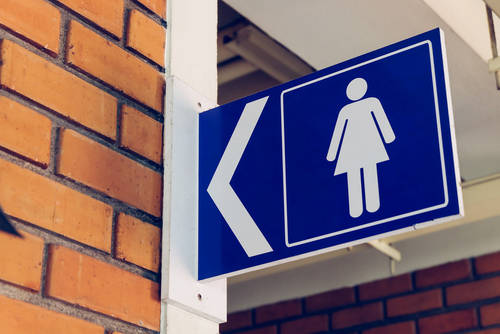 A Georgia judge acknowledges she is facing an ethics investigation over allegations she denied a bathroom break to a public defender who says she tried to catch the judge’s attention by mouthing the word “bathroom” and passing along a note.

But Judge Courtney Johnson of DeKalb County tells the Atlanta Journal-Constitution there was a miscommunication during the June trial and she finds the lawyer’s claim to have urinated in her chair to be “suspicious.”

“The chair wasn’t soiled and there was no liquid around her,” Johnson told the Journal-Constitution. “It’s very suspicious to me.” Johnson added that she never told the lawyer she couldn’t go to the bathroom.

The lawyer, Jan Hankins, said she had wiped the chair with paper towels before Johnson inspected it.

According to a sworn statement by Hankins, she raised her hand, caught Johnson’s attention, and mouthed the word “bathroom” during the murder trial, but the judge did not respond. About 10 minutes later, Hankins says, she wrote “bathroom” in large letters on a legal pad and showed it to a deputy, who passed a note to Johnson.

Hankins left the courtroom about 20 minutes later when the prosecution was having technical problems with an audiotape, but she had already urinated in her chair, she says. Hankins says she cleaned up in the bathroom and wiped off the chair when she returned to the courtroom.

Johnson told the Journal-Constitution she had noticed that Hankins was trying to get her attention but she couldn’t hear what Hankins was saying. Johnson says she did receive the note, but she responded with a note asking Hankins if the break could wait until after the audiotape played. Hankins did not reply, Johnson said.

A deputy in the courtroom gave his own account in an incident report obtained by the Journal-Constitution through an open records request. He said he saw the judge shake her head “no” when she saw Hankins trying to get her attention. When he gave Johnson a note about Hankins needing to use the bathroom, she wrote a note that Hankins could wait, he said.