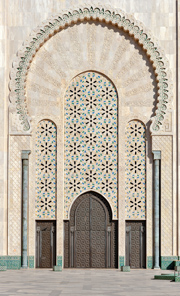 Saying state secrets may mean the sacrifice of individual liberties in this case, a federal judge in Los Angeles has tossed a lawsuit accusing federal authorities of spying on mosques in Orange County.

In his decision, U.S. District Judge Cormac J. Carney compared himself to Odysseus navigating between a six-headed monster and a deadly whirlpool, according to stories by Reuters and the Los Angeles Times.

“Odysseus opted to pass by the monster and risk a few of his individual sailors, rather than hazard the loss of his entire ship to the sucking whirlpool,” Carney wrote. “Similarly, the proper application of the state secrets privilege may unfortunately mean the sacrifice of individual liberties for the sake of national security.”

The Times reports that the judge reached his decision reluctantly after reviewing confidential declarations filed by top FBI officials. He ultimately concluded that the FBI operation at issue involved, “intelligence that, if disclosed, would significantly compromise national security.”

Still, Carney allowed the suit against individual FBI agents to move forward. Under the Foreign Intelligence Surveillance Act, those subjected improperly to electronic surveillance can sue.

The American Civil Liberties Union, which is representing the plaintiffs in the case, plans to appeal.

“That’s terribly unfortunate that there’s a doctrine in the law that allows courts to throw out cases that allege serious constitutional violations based on secret evidence the judge reviews behind closed doors that never sees the light of day,” ACLU attorney Peter Bibring is quoted saying. “That shouldn’t be in a democratic society.”

The ACLU and the Council on American-Islamic Relations sued the Federal Bureau of Investigation in 2011 on behalf of Orange County imams and members of the Muslim community, alleging the federal agency indiscriminately targeted Muslims at 10 Southern California mosques based on their religion, going so far as to plant bugs in offices and homes and listening in on religious conversations, the Times and the Orange County Register report.