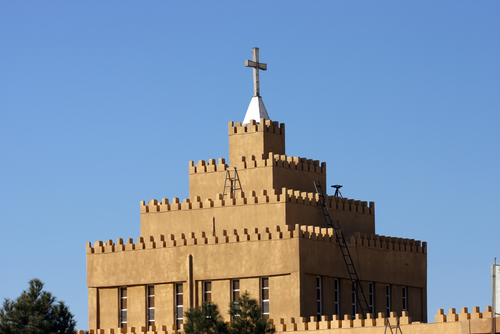 Immigration and Customs Enforcement on Wednesday blasted a Detroit federal judge’s decision to stop the deportations of more than 1,400 Iraqi nationals, including hundreds currently detained, the Detroit News reported.

ICE spokesman Khaalid Walls criticized Judge Mark Goldsmith’s Monday ruling in a statement for “fail[ing] to acknowledge the generous procedures and safeguards afforded to aliens in the immigration review process, under which all of these aliens were lawfully ordered removed.”

“It’s even more concerning that the court’s decision overlooks the clear public safety threat posed by these aliens,” the statement also says, noting that some nationals were convicted of serious crimes, such as homicide, rape and drug trafficking.

As the Los Angeles Times reported, 234 nationals were arrested in a nationwide sweep as of July 1.

Over 83 percent had been ordered deported more than five years ago; and half were ordered deported more than a decade ago, according to the judge’s ruling (PDF). The reasons for the deportations range from overstaying a visa to minor offenses, like passing a bad check or misdemeanor DUI, to serious and violent crimes. But the Iraqi government would not take its nationals back, so many simply checked in at ICE offices periodically.

That changed this spring, when Iraq agreed to take back its nationals in exchange for the Trump administration dropping Iraq from the list of seven Muslim-majority countries affected by his proposed travel ban, the ACLU of Michigan noted. That triggered the arrests, which took many affected families by surprise.

The ACLU and CODE Legal Aid sued, asking for a temporary restraining order or stay stopping the deportations until a court can determine whether those arrested have valid claims to stay in the United States. Many are Chaldean Christians or ethnic Kurds, both of whom are persecuted minorities in Iraq—particularly in areas under the rule of the Islamic State—and would therefore be eligible to end their deportations. Judge Goldsmith granted two temporary stays before issuing a preliminary injunction on Monday.

Goldsmith’s latest ruling says the government “ignores the compelling confluence of extraordinary circumstances here.” The abruptness of the arrests has made it hard for the Iraqis to find lawyers, he says. This has been exacerbated, he notes, by the government’s choice to transfer the arrested people to detention centers far from their homes and families, and by detention-facility policies that limit contact with counsel. The detainees have a right to due process, Goldsmith says, and the temporary restraining order will give them the time they need to exercise that right.