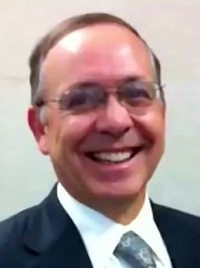 A Texas judge will have to take judicial education classes as part of a public reprimand for his dealings with lawyers and possible jurors.

Judge Luis Aguilar of El Paso was publicly reprimanded on Nov. 6 for his handling of contempt proceedings against lawyers and interactions with people in his courtroom. Texas Lawyer (sub. req.) and KVIA covered the reprimand (PDF).

The Texas Commission on Judicial Conduct cited court findings that Aguilar had failed to issue the required notice before holding show-cause hearings and issuing arrest warrants, including in the cases of two lawyers. Aguilar also failed to follow the law in the handling of two recusal motions, the commission’s order said.

The commission also said Aguilar displayed a “persistent pattern” of treating those he deals with as a judge “with a lack of patience, dignity and courtesy.”

The commission said many of the complaints it received about Aguilar’s courtroom demeanor concerned his treatment of prospective jurors. Aguilar contended the complaints were politically motivated, and he didn’t treat jurors badly. Rather, he had concerns about people shirking jury duty and he didn’t want that to happen in his courtroom, he said.

The show-cause hearings against lawyers stemmed from their failure to show up for court hearings.

In one instance, Aguilar ordered lawyer Mario Cisneros or his counsel to appear in a hearing to show cause why Cisneros should not be held in contempt for missing a court appearance. Cisneros’ lawyer appeared for the contempt hearing, but Aguilar refused to allow him to represent Cisneros. Aguilar then held Cisneros in contempt and issued a bench warrant for his arrest. An appeals court voided the bench warrant.

In another instance, Aguilar issued a show cause order when lawyer Daniel Anchondo failed to appear at a hearing. Aguilar found Anchondo in contempt and fined him $200, but a court clerk would not accept the money from the lawyer because Aguilar had not issued a written contempt order. Aguilar scheduled another show-cause hearing and held Anchondo in contempt for failing to pay the fine.

Another judge considered a motion to rehear the case and set aside the contempt orders.

Aguilar told the commission he has taken remedial actions to make sure he satisfies procedural requirements for show-case hearings and bench warrants. He also indicated he no longer plans to initiate contempt proceedings for lawyers who miss or are late to court proceedings.