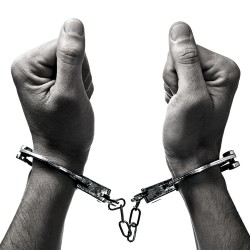 The handcuffs and jumpsuits had been tried previously, according to the lawsuit by assistant public defenders. Cook County Sheriff Tom Dart had required the handcuffing of detainees in courthouse lockups, but the practice was discontinued after Cook County Public Defender Amy Campanelli objected. Dart had also required the detainees to wear the special jumpsuits, but the practice was discontinued after detainees burned them using microwave ovens, the suit alleged.

Dart had previously assigned deputies to the courtroom lockups, but he ended that practice because of budget reasons. He started assigning civilian employees before the public defender lawsuit. Kennelly’s order requires assignment of a “deputized sworn staff member or exempt staff member” to the lockups when detainees are present.

Dart and Campanelli agreed to Kennelly’s injunction. The order remains in effect while the lawsuits are pending.