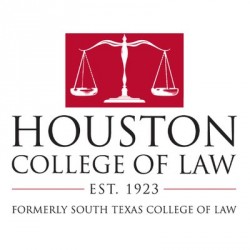 A federal judge in Texas has barred the newly named Houston College of Law from using the name.

Ellison’s opinion (PDF) notes that the University of Houston Law Center is ranked as the 50th best law school in the country by U.S. News & World Report, while the South Texas College of Law is unranked.

“The appearance of the University of Houston Law Center and Houston College of Law marks are strikingly similar,” Ellison wrote. “As an initial matter, two of the three words in defendant’s mark appear in UH’s mark (“Houston” and “Law”), which is a noteworthy fact in and of itself. Far more troubling, however, is the way in which defendant deploys its mark in the marketplace. Consider defendant’s logo, for example, which is prominently featured in most (if not all) of the promotional material in evidence. As is true of the UHLC logo, defendant’s logo uses block letters, emphasizes the word “HOUSTON,” and utilizes a red and white color scheme. Indeed, these features are ubiquitous throughout defendant’s marketing materials.”

Though there are small differences in the logos, none is sufficient to alter the overall impression, Ellison said.

Ellison also noted several instances of actual confusion, including a letter delivered to the wrong law school and an email from the Texas Board of Law Examiners sent to the wrong law school. In addition, a group made up of 17 law schools called the Sunbelt Consortium, when asked to change the South Texas College of Law name on its website, changed the name of the University of Houston Law Center instead.

Ellison noted the South Texas College of Law’s argument that it had spent about $458,000 to publicize the name change. Yet the school incurred many of the costs after the University of Houston released a statement expressing concern about significant confusion, according to Ellison. “In other words,” Ellison wrote, “defendant opted to double down, yet cites to the high stakes of the game as a reason to call off the bet.”

The University of Houston’s lead lawyer, Tony Buzbee, called the ruling “a complete victory” in a statement. “The next step is for South Texas College of Law to remove their billboards, change their website, remove merchandise from stores and change their name in the American Bar Association database,” he said.