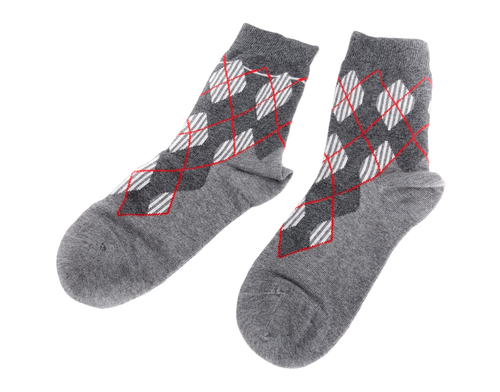 “I hate socks,” he told Blackford Circuit Judge Dean Young, who at first saw to it that the attorney was privately advised during a break about the need to don the footwear.

After Glickfield said he didn’t intend to comply with the no-socks rule unless it was proven to him, Young documented their conversation in an Aug. 26 court order. It requires Glickfield to wear socks in all future court appearances, along with a business suit and tie. Except for his missing socks, the attorney was appropriately attired on the day in question, the judge notes, but he has appeared in the past without a tie and in an open-collar shirt.

In the future, should Glickfield appear in court sans socks, “he will be subject to sanctions from the court which may include a delay ordered by the court in presenting his case, fines, continuances of pending proceeding[s] for which costs, fees and expenses may be awarded opposing parties and/or their counsel, or such other sanctions for contempt that the court may impose in order to maintain appropriate decorum during court proceedings,” Young wrote.

The same local rule requiring “appropriate business attire” applies to all other lawyers appearing in court, the judge writes, and he said his order will be distributed to all members of the county’s bar as well as Glickfield.

Above the Law provides a copy of the court order (PDF).