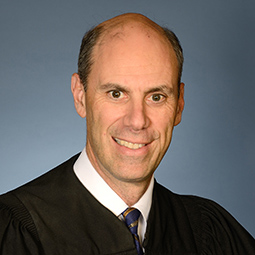 U.S. District Judge James Boasberg. Photo by the U.S. District Court for the District of Columbia, via Wikimedia Commons.

A federal judge in Washington, D.C., has temporarily barred blanket detentions of people seeking asylum based on a credible fear of persecution in their home countries.

The preliminary injunction issued by U.S. District Judge James Boasberg on Monday applies to blanket detentions at five U.S. field offices while the litigation plays out, report the Washington Post, USA Today, the Wall Street Journal, Politico and NPR. A press release from the American Civil Liberties Union is here.

The field offices are in Detroit, El Paso, Los Angeles, Newark and Philadelphia. The ACLU contended those offices have almost entirely stopped granting parole since early 2017; Boasberg said the statistics supported the allegation.

Boasberg’s order requires release after an initial interview determines the people have a credible fear of persecution, unless an individualized determination finds a person is a flight risk or poses a danger to the public.

Boasberg’s opinion said the government was violating the Administrative Procedure Act because it wasn’t following a 2009 directive by U.S. Immigration and Customs Enforcement. “Defendants cannot claim that the ICE directive remains fully in effect, and yet, at the same time, provide no explanation for the sudden shift in the day-to-day treatment of asylum-seekers under the current administration,” Boasberg wrote.

“This opinion does no more than hold the government accountable to its own policy, which recently has been honored more in the breach than the observance.”

The case is Damus v. Nielsen. The nine named class plaintiffs were represented by the ACLU, the Center for Gender and Refugee Studies, Human Rights First, and Covington & Burling.