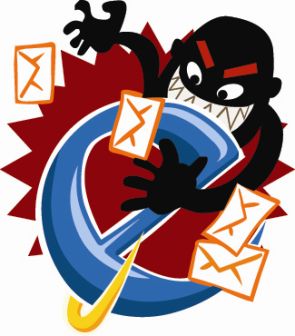 A New York legal boutique known for its expertise in counterfeiting and cybersquatting cases is experiencing a frustrating delay in obtaining a relief against a Canadian computer programmer who they allege set up a website with a name almost identical to the law firm’s.

Although GIOCONDOLAW.com is easily confused with the Gioconda Law Group’s own www.giocondalaw.com site, it hasn’t yet been shown that programmer Arthur Wesley Kenzie acted in bad faith when establishing the website and email addresses similar to the firm’s, a federal judge ruled last week. Hence, he denied as premature Gioconda Law Group’s partial motion for judgment under the Anticybersquatting Consumer Protection Act, the New York Law Journal reports.

“We had hoped the court would find that on its face the defendant’s conduct amounted to cybersquatting,” founding partner Joseph Gioconda told the legal publication. However, after discovery, “we believe it will become clear that Mr. Kenzie’s conduct was in bad faith.”

While Kenzie has a history of registering domain names similar to those of businesses, including law firms, he never sought payment for the sites, and U.S. District Judge J. Paul Oetken said in his ruling that it wasn’t clear Kenzie had improper motives or was intentionally diverting the Gioconda firm’s email.

“If anything, given that [Kenzie] aims both to influence plaintiff’s behavior and shape public understanding of what he perceives to be an important vulnerability in cybersecurity systems, this case arguably falls closer to cases involving parody and consumer complaint sites” that seek to publicize economic and social issues, the judge wrote.

Gioconda contended that Kenzie “offered his security services to us” under “the guise” of a settlement, the New York Law Journal reported.

But Kenzie said that isn’t true, and, in an email to the legal publication, accused Gioconda of making “wild claims” about his legitimate research concerning cybersecurity vulnerabilities. “Out of the blue, he sued me, assuming my intentions were malicious,” he wrote of Gioconda.

The law firm’s suit against Kenzie asserts claims including trademark infringement, cybersquatting and unlawful interception and disclosure of electronic communications.