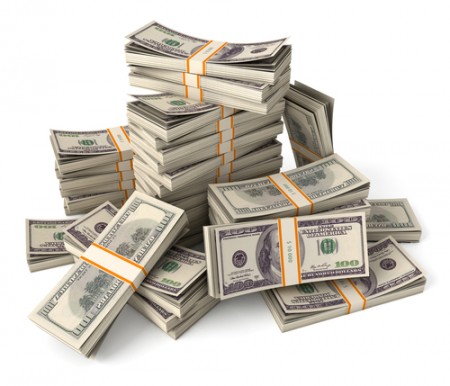 An Ohio judge has resigned after she was accused of stealing at least $96,200 in cash from the home of a former client who died.

Judge Diane Vettori-Caraballo of Mahoning County was charged in federal court with mail fraud, structuring cash deposits and making false statements to law enforcement, report the Youngstown Vindicator, the Alliance Review and a Tuesday press release. The Vindicator says the judge’s last name is Vettori, though federal prosecutors refer to her as Vettori-Caraballo.

The Mahoning County court administrator said Vettori-Caraballo resigned via a voice mail on Tuesday. She was previously disqualified from acting as a judge as a result of the charges, according to the Legal Profession Blog.

The federal information alleges Vettori-Caraballo stole between $96,200 and $328,000 in cash from the home of the client, Dolores Falgiani, who died in March 2016. Vettori-Caraballo had prepared Falgiani's will, and filed a petition to probate the estate.

Falgiani had previously stated she had several shoeboxes of cash at her home, the press release says. A handwritten note in her checkbook said she had more than $500,000 in cash and bonds at her home and in the bank, according to allegations in the information cited by the Vindicator.

Vettori-Caraballo told the court she found $20,000 cash, but did not report any additional money.

Federal prosecutors allege Vettori-Caraballo structured 22 deposits of $96,200 in cash into five different banks to avoid having to report the transactions. She allegedly told the FBI that she hadn’t “received a nickel” from the Falgiani estate and the deposits were from her husband’s retirement account.

The mail fraud charge is related to court documents failing to disclose the cash that had been sent through the mail.