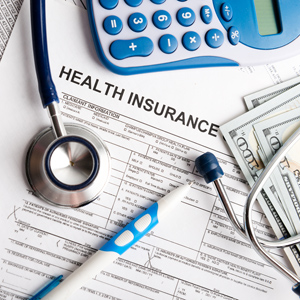 A federal judge on Thursday ruled that the White House had overstepped its authority under federal legislation in using unappropriated funds for an Affordable Care Act subsidy program which helped slash deductibles and copays for low-income consumers.

However, the ruling by U.S. District Judge Rosemary Collyer in the Washington, D.C., case is not expected to have any immediate effect, even though it blocks further use of unappropriated funds to pay insurers in a key aspect of the health-care program. That’s because Collyer stayed her ruling pending an expected appeal by the Obama administration.

“Congress authorized reduced cost-sharing but did not appropriate monies for it,” said Collyer in her written opinion. “Congress is the only source for such an appropriation, and no public money can be spent without one.”

Attorney Jonathan Turley, who represents U.S. House Republicans in their challenge to the landmark legislation, called the decision “a resounding victory not just for Congress but for our constitutional system as a whole” in a written statement provided to CNN.

“We remain a system based on the principle of the separation of powers and the guarantee that no branch or person can govern alone,” the statement continues. “It is the very touchstone of the American constitutional system and today that principle was reaffirmed in this historic decision.”

But a White House spokesman predicted eventual victory for the president’s interpretation of the ACA, saying that this decision was likely to be overturned on standing grounds, CNN reports.

“This suit represents the first time in our nation’s history that Congress has been permitted to sue the executive branch over a disagreement about how to interpret a statute,” said White House press secretary Josh Earnest in his daily briefing. “These are the kinds of political disputes that characterize a democracy. It’s unfortunate that Republicans have resorted to a taxpayer-funded lawsuit to re-fight a political fight they keep loosing.”