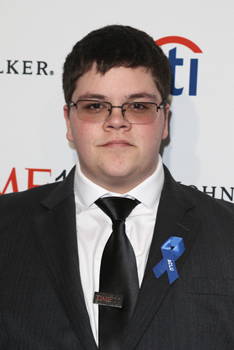 A federal judge in Virginia cited the Constitution and education law in refusing to dismiss a lawsuit filed by a transgender former high school student who wanted to use a restroom that matched his gender identity.

U.S. District Judge Arenda Wright Allen ruled Tuesday in a suit filed by Gavin Grimm, according to the Washington Post, the New York Times and a press release by the American Civil Liberties Union. Allen ruled that Grimm was protected from impermissible sex stereotyping by the equal protection clause and Title IX of the U.S. Education Amendments of 1972, which bans discrimination on the basis of sex in schools that receive federal money.

“There were many other ways to protect privacy interests in a nondiscriminatory and more effective manner than barring Mr. Grimm from using the boys’ restrooms,” Allen wrote in her decision. The Gloucester County, Virginia, School Board’s “argument that the policy did not discriminate against any one class of students is resoundingly unpersuasive.”

Gavin has graduated from high school and is 19 years old. He is planning to attend college in California.

Grimm filed the suit against the school board in July 2015. A federal judge considering the case before it was reassigned to Allen had refused to grant a preliminary injunction.

The U.S. Supreme Court agreed to hear the case in October 2016, but remanded it in March 2017 after the Trump administration ended guidance that directed schools to let transgender students choose which bathrooms to use.

Allen said she was not bound by the first federal judge’s ruling.

Allen noted two other federal appeals courts have since ruled that excluding transgender youths from restrooms that align with their gender identity may subject them to discrimination on the basis of sex under Title IX and the equal protection clause.

She also said circumstances have changed since Grimm first filed his lawsuit. He has received chest reconstruction surgery and has obtained a court order legally changing his sex to male. He also amended his complaint to allege a continuing violation of his rights throughout his high school years, rather that at the time of the school board initially adopted the policy banning him from using the boys’ restroom.