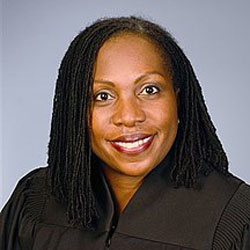 A federal judge in Washington, D.C., has ruled that President Donald Trump exceeded his authority by issuing executive orders on collective bargaining for federal employees that conflict with congressional intent.

U.S. District Judge Ketanji Brown Jackson struck down key provisions of the three executive orders in a decision on Saturday, report the New York Times, the Associated Press, the Wall Street Journal, the Washington Post and BuzzFeed News. The American Federation of Government Employees and the National Treasury Employees Union applauded the decision in press releases here and here.

The executive orders, issued on May 25, had made it easier to fire workers for bad performance and had restricted issues that could be addressed in collective bargaining.

Jackson said parts of the executive orders conflict with the Federal Service Labor-Management Relations Statute. The statute does not make collective bargaining “a cutthroat death match,” she wrote.

“Many of the challenged provisions of the orders at issue here effectively reduce the scope of the right to bargain collectively as Congress has crafted it, or impair the ability of agency officials to bargain in good faith as Congress has directed, and therefore cannot be sustained,” Jackson wrote.

Jackson struck down provisions that: cap at 25 percent the amount of work time that union officials can spend on union business; bar union officials from using work time to prepare grievances for union workers; reduce the time given to employees to show improvement before they are fired; and limit workplace issues that can be subject to bargaining in union negotiations.

The Times reports that Jackson “did hand the administration a handful of small victories.” They include upholding a directive that agencies should consider unilaterally imposing contract proposals if a union negotiates in bad faith during collective bargaining.

The Department of Justice said it was considering its next steps.