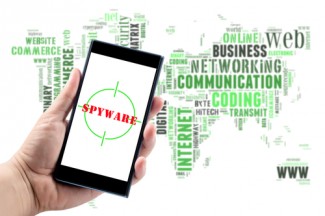 Rejecting a lawyer’s argument that the husband in a divorce case should be able to take the Fifth to preclude seizure of his electronic devices, a New York judge earlier this month issued an opinion explaining why he authorized a sheriff to seize the man’s iPhone and computer.

At issue was what the wife’s lawyer, Raoul Felder, described as a surprise discovery that the husband had allegedly planted spyware on the wife’s phone a short time before filing for divorce in the Brooklyn case, reports the New York Law Journal (sub. req.).

This was the same phone the woman used to communicate with Felder’s office, and an inspection by a court-appointed referee is expected to determine whether the wife’s attorney-client privilege was breached by the husband.

“We discovered the spyware completely by accident,” Felder told the legal publication. “We had a technician looking at the phone only for the purpose of getting some data that supported our case. It was complete serendipity.”

Felder said it took the husband approximately 15 minutes to install the spyware one night while the wife apparently was asleep.