Judge steps aside amid allegations of groping, using PD as example of appropriate looks 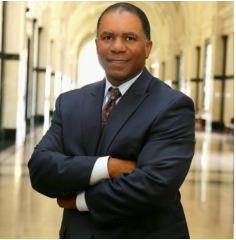 A New Orleans judge has taken a voluntary leave of absence after allegations surfaced that he groped a courthouse worker and made inappropriate comments when teaching drug court participants about proper appearance.

Judge Byron Williams of Orleans Parish Criminal District Court sought an “interim disqualification” that was granted by the Louisiana Supreme Court on Monday, reported the New Orleans Times-Picayune, the New Orleans Advocate and WDSU News. The order says Williams is disqualified from any judicial function pending further proceedings in the matter. The Judiciary Commission of Louisiana concurred in the motion for disqualification.

Williams had served as special counsel to the commission in 2008 and 2009.

An ethics investigation by the commission reportedly began last August after a female clerk who works for another judge alleged that Williams had grabbed her breast, according to the Advocate. Williams’ lawyer, Ernest Jones, has said the incident was a misunderstanding.

Chief Public Defender Derwyn Bunton of Orleans Parish had complained about Williams’ alleged behavior in drug court in a letter to the court’s chief judge obtained by WDSU. The letter says Williams was giving an introductory speech to drug court participants when he saw a female public defender enter the courtroom.

The letter claimed that, on another day, Williams saw a woman come into the courtroom and he asked if she was there for drug court or regular court. Williams allegedly told the woman that she looked like she needed drug court.

Jones issued a statement saying that Williams “has always, and continues to deny the allegations against him and vows to fight them until he is cleared.” Jones said Williams sought the leave of absence to prevent future decisions from being “scrutinized as potentially self-serving or in aid of his defense.”

Next:
Clemency project recipient gets a smartphone—and hope