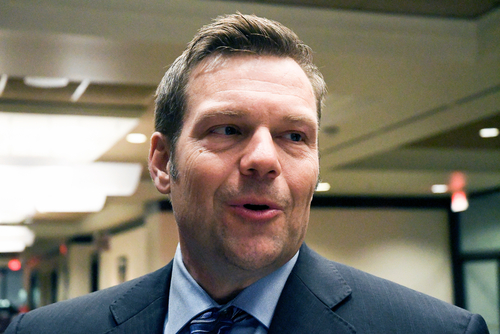 The law requires proof of citizenship to register to vote. Robinson said there was little evidence that the law remedied a problem. At most, 67 noncitizens had registered or attempted to register to vote in Kansas over the last 19 years, she said.

Kobach had championed the law and represented the secretary of state’s office at trial. Robinson said there were several instances in which Kobach failed to disclose evidence to opponents before trial or failed to supplement disclosure, as required by the Federal Rules of Evidence. Robinson often excluded the undisclosed evidence, yet in at least one instance Kobach tried to introduce the excluded evidence, the opinion said.

Robinson said it’s not clear whether Kobach violated his discovery obligations intentionally or through unfamiliarity with the federal rules. “Defendant chose to represent his own office in this matter, and as such, had a duty to familiarize himself with the governing rules of procedure, and to ensure as the lead attorney on this case that his discovery obligations were satisfied despite his many duties as a busy public servant,” she wrote.

As a result, Robinson said, Kobach must take an additional six hours of continuing legal education pertaining to rules of evidence or procedure, in addition to any state CLE requirements.

Robinson had previously held Kobach in contempt of court for failing to follow court orders regarding voter notices and ordered him to pay attorney fees to cover the cost of the sanctions motion.

The case is Fish v. Kobach. The plaintiffs were represented by the American Civil Liberties Union, the ACLU of Kansas and Dechert.

Dale Ho, director of the ACLU’s Voting Rights Project, issued a statement after the ruling. The Kansas law “was based on a xenophobic lie that noncitizens are engaged in rampant election fraud,” he said. “The court found that there is ‘no credible evidence’ for that falsehood, and correctly ruled that Kobach’s documentary proof-of-citizenship requirement violates federal law and the U.S. Constitution.”

A Kobach spokesperson, Danedri Herbert, told the Capital-Journal that the decision will probably be overturned on appeal.

“Robinson is the first judge in the country to come to the extreme conclusion that requiring a voter to prove his citizenship is unconstitutional,” Herbert said. “Her conclusion is incorrect, and it is inconsistent with precedents of the U.S. Supreme Court.”