An Illinois judge on Friday threw out a civil court filing by a Chicago law firm over the Malaysia Air flight that disappeared earlier this month.

As the law firm was told when it filed similar petitions over unrelated airline crashes last year, the petitions are supposed to be filed only when defendants are unknown, the judge said. Hence, state law provides no basis for the Ribbeck’s petition, which identifies the airline and Chicago-based Boeing as defendants, according to the Chicago Tribune and the Wall Street Journal (sub. req.). 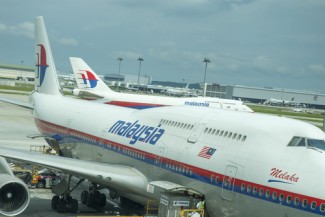 “Despite these orders, the same law firm has proceeded, yet again, with the filing of the instant petition, knowing full well that there is no basis to do so,” wrote Flanagan, who presides over all such airline cases in Cook County.

Observers also had questioned Ribbeck’s filing, saying that it was premature since the site of and circumstances surrounding Malaysia Air Flight 370’s disappearance remain unknown.

Clifford is a former chair of the ABA Section of Litigation, among other bar leadership posts, and Clifford Law Offices has handled a number of plane crash cases.