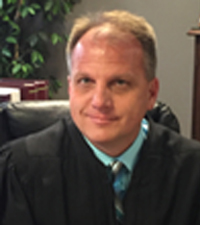 A judge in Lebanon, Ohio, says he has no bias against transgender people but is obligated to consider the best interests of a child in name change requests—and that sometimes children don’t know what is best for them.

Judge Joseph Kirby defended his decisions in name-change cases in an order on Monday that delayed a youth’s name change request because of a pending federal suit against him, report the Washington Post, WKRC and the Cincinnati Enquirer. The youth’s parents are among the plaintiffs in a suit that accuses Kirby of a pattern of intentional discrimination against transgender youths.

Kirby wrote that “this court has granted name changes for multiple applicants on the basis of their transgender status, including both adults and children.” But Kirby has not granted any name changes to transgender youths in 2018.

According to the Enquirer, there were 10 name change requests by transgender people in the Warren County court where Kirby is a judge so far in 2018. Kirby granted name changes to six transgender adults, and denied three requests made on behalf of minors. A magistrate judge granted a name change to the fourth transgender minor.

Lawyers Joshua Langdon and Joshua Engel filed the lawsuit on Aug. 14 on behalf of the parents of three transgender minors who sought or are seeking name changes. ABC News had coverage at the time of the filing.

Kirby refused to grant a name change on June 22 to one of the youths, who is 15 and wanted to be called “Elliot.” Kirby’s decision said he wasn’t saying “no,” but was saying “not yet.”

“Age. Develop. Mature,” Kirby wrote. His decision did not use the teen’s preferred pronouns.

During a hearing four days earlier, Kirby had asked the teen about which toilets he used, whether he was influenced by media coverage of Caitlyn Jenner, whether he was considering gender reassignment surgery, and whether he was sexually attracted to women.

The suit alleges an equal protection violation under the 14th Amendment.

Kirby’s order noted that one of his name-change decisions is being appealed. “That is the normal procedure utilized to review a trial court’s decision,” he wrote. “Otherwise, every decision in a case becomes yet another lawsuit by the losing side.”