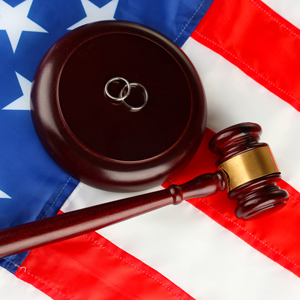 Judges in Ohio are violating their obligations to comply with the law if they refuse to perform same-sex marriages based on personal, religious or moral beliefs, according to an Ohio ethics opinion.

The Ohio Supreme Court’s Board of Professional Conduct issued the opinion after a handful of judges refused to perform marriages for same-sex couples, the Columbus Dispatch reports. Ohio statute authorizes municipal, county and probate judges to perform civil marriage ceremonies.

Judge C. Allen McConnell of Toledo had cited religious qualms when he refused to perform a civil marriage for two women on July 6. McConnell tells NBC 24 he will abide by the ethics opinion. “In other words, I will perform same-sex marriages if requested,” he said.

The Aug. 7 opinion (PDF) says a refusal to perform same-sex marriages, while continuing to perform other marriages, violates judges’ oath of office as well as ethics rules. Among the rules violated are those requiring judges to comply with the law, to perform all duties of office fairly and impartially, to promote public confidence in the impartiality of the judiciary, and to perform the duties of office free from bias and prejudice.

Ethics issues are also raised when judges take the position that they will decline to perform all civil marriages, to avoid performing marriages for same-sex couples, the opinion says. Such decisions could be interpreted as manifesting an improper bias or prejudice, and could raise reasonable questions about the judges’ impartiality in legal proceedings where sexual orientation is at issue.