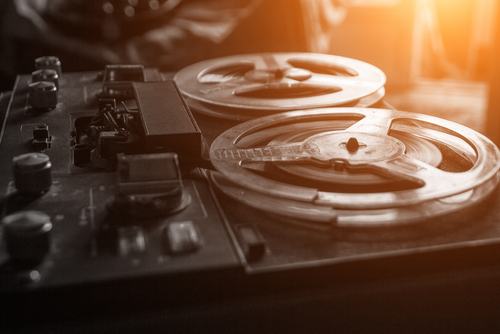 A Michigan state judge caught on a recording disparaging two lawyers has immunity in their suit alleging a conspiracy with opposing counsel, a federal appeals court has ruled.

The 6th U.S. Circuit Court of Appeals at Cincinnati ruled Tuesday that the actions of Judge Paul Hamre did not fit within either of two exceptions to judicial immunity. Hamre, who’s a judge in Van Buren County, announced his retirement from the bench a month after the May 2013 incident.

Hamre made the remarks at the end of a telephone status conference, according to the 6th Circuit opinion. The lawyers for the plaintiffs in a collection action, Donovan and Donald Visser, participated by phone, while the defense lawyers were in chambers with Hamre.

Donovan Visser is Donald Visser’s son, according to an August 2013 story by MLive.com. They represented a company called HLV that was seeking to collect a $600,000 debt from a storage trailer company.

At the end of the conference, one of the lawyers on the phone hung up, making a clicking noise. Hamre and the two defense lawyers in his chambers—Gary Stewart and Kelly Page—apparently thought all the other callers were off the line, Judge John Nalbandian wrote in his opinion for the 6th Circuit.

Two unidentified speakers in chambers used obscenities to describe Donovan and Donald Visser, and Hamre expressed agreement, according to the opinion. According to a later lawsuit filed by HLV, one speaker “called Donald Visser a f- - -ing d- -khead,” and a speaker “called Donovan Visser a f- - -ing d- - -.” Hamre agreed that “his son is even worse,” the suit says.

Hamre also discussed the collection case, telling the defense attorneys that their client did not have to transfer all 600 trailers to the Vissers’ client as called for in an initial settlement agreement that was later amended.

At one point, Hamre’s assistant told the judge that she received a report from HLV detailing the status of the trailers, but Hamre told her to “throw it in the garbage.” Hamre said he intended to tell HLV at an upcoming hearing that he was extending an injunction that favored the defense.

The 6th Circuit decision upholds Hamre’s dismissal from an HLV suit claiming a RICO conspiracy. HLV’s amended suit claimed that Page, Stewart and their law firm conspired with Hamre to violate HLV’s constitutional rights. The suit alleged that the defense lawyers and their firm gave Hamre office space and Florida vacations to influence his decisions, according to the 6th Circuit opinion.

Defendants named in the initial suit had called it “a study in defamation” that “reads less like a pleading filed in federal court than it does poorly written fiction,” according to prior news coverage by MLive.com.

The only defendant who wasn’t dismissed from HLV’s suit was Stewart. Jurors found a conspiracy but awarded only $1 in nominal damages. Jurors did not award punitive damages because they found that Stewart’s conduct was not motivated by evil motive and did not reflect indifference to the plaintiffs’ due process rights.

The 6th Circuit decision affirming Hamre’s dismissal from the case also upheld rulings by the trial judge challenged by HLV.

The Michigan Attorney Discipline Board affirmed reprimands for Stewart, Page and Hamre in July 2017.