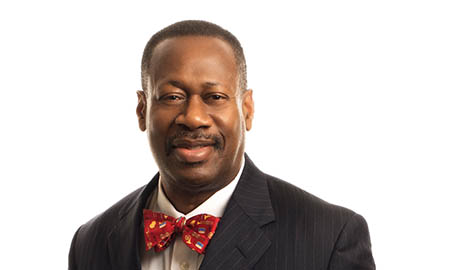 It was 1936, and America was suffering through the throes of the Great Depression. President Franklin Delano Roosevelt had just been re-elected in a landslide. The Democrats controlled the Congress with wide majorities in the House and Senate.

In 1935, however, the U.S. Supreme Court had declared the National Recovery Administration and the Agricultural Adjustment Act unconstitutional. And in June 1936, the court struck down a New York state minimum wage law covering women and child workers. The administration was concerned that two other legislative landmarks, the Social Security Act and the National Labor Relations Act, would also be invalidated by a conservative majority of justices on the court. In response, Roosevelt asked Congress to empower him to appoint an additional justice for any member of the court over the age of 70 who did not retire. Roosevelt sought to appoint up to six additional justices as well as up to 44 additional judges in the lower federal courts.

Roosevelt contended that his proposal was not politically motivated, but rather was intended to address an alleged shortage in judges that had purportedly resulted in delays in the processing of litigation in the federal courts. (This explanation is now echoed by legislators who claim that they seek to split the San Francisco-based 9th U.S. Circuit Court of Appeals because of the court’s alleged dysfunction rather than for political reasons, a proposal that is opposed by the American Bar Association.)

In 2016, in response to decisions perceived by some to be too liberal, legislators mounted a campaign to oppose the retention of the justices of the Kansas Supreme Court who had joined in those rulings and proposed to curtail the powers and authority of the court as a whole. Efforts were also made to expand the grounds for impeachment of Kansas justices from the more traditional reasons of “treason, bribery, or other high crimes and misdemeanors” to include such things as “failure to perform adequately the duties of office,” “attempting to subvert fundamental laws and introduce arbitrary power”, “attempting to usurp the power of the legislative or executive branch,” “exhibiting discourteous conduct in their official capacity” or “exhibiting wanton or reckless judicial conduct.”

Fortunately, Kansas voters rejected the effort to unseat four justices who had been targeted for nonretention.

Earlier this year, the Pennsylvania Supreme Court, which includes five Democrats and two Republicans, held that federal congressional voting districts that had been gerrymandered to favor Republican candidates were unconstitutional under the Pennsylvania Constitution. The court also found that the revised voting map submitted by the Republican-controlled legislature had failed to cure the constitutional infirmity and imposed its own revisions. After challenges to the state supreme court’s rulings brought in the federal courts failed, several Republican legislators sponsored a bill in the Pennsylvania House of Representatives calling for the impeachment of the four justices (all Democrats) who had voted in favor of issuing the court’s own voting map, accusing them of “misbehavior in office.” Happily, Pennsylvania Chief Justice Thomas G. Saylor, a Republican who dissented in each of the court’s rulings, issued a statement strongly opposing the impeachment bill “as an attack upon an independent judiciary, which is an essential component of our constitutional plan of government.”

Judicial independence—the ability to decide court cases fairly and impartially without fear of punishment and without control or influence by the executive or legislative branches, is not a Democrat versus Republican issue. Nor is it a liberal versus conservative issue. Threats to judicial independence have arisen from the right and the left, and judicial independence has been defended by those on the right and the left. Judicial independence is part of the DNA of American judicial systems—state and federal. It is one of the features that make our courts models for other democracies. In our federal system, judicial independence is grounded in the structure of the national government established under the U.S. Constitution that provides for the separation of powers and allocates the “judicial power of the United States” to the judicial branch. It is also rooted in the principles of due process of law preserved in the Bill of Rights and in the Supreme Court’s power of judicial review recognized by Chief Justice John Marshall in Marbury v. Madison.

Scholars, for instance, those at the National Conference of State Legislatures have observed that “separation of powers is key to the workings of American government.”

Absent judicial misconduct falling within the traditional grounds for impeachment such as treason, bribery or other high crimes or misdemeanors, the appropriate remedies to address judicial decisions that are disfavored are: (1) replacement of the judges through the electoral process in those systems where judges are elected; (2) enactment of legislation through the legislative process to overturn the court decision where it is not based on the constitution; and (3) constitutional amendment.

Michael H. Reed is the Pennsylvania State Delegate in the American Bar Association, having previously served on the Association’s Board of Governors and chaired the Standing Committee on Federal Judicial Improvements and the Subcommittee on Federal Courts of the Standing Committee on the American Judicial System. He is former President of the Pennsylvania Bar Association and special counsel with the firm of Pepper Hamilton, having joined the firm in 1972 and been a partner from 1980 to 2013. He received a B.A. in political science from Temple University in 1969 and a J.D. from Yale Law School in 1972.