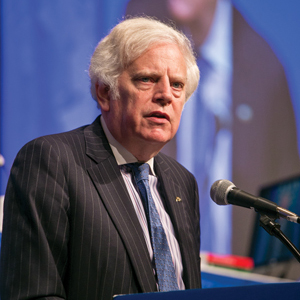 For most Americans of almost any age, education or sensibility, the phrase "judicial independence" sounds a fully necessary note in the middle of our traditional chorus about democracy, pluralism and the rule of law. How can you have justice unless courts and judges are fully independent of the political, financial and cultural turmoil that surrounds us in everyday life?

In almost every part of the American educational system, from high school to law school, judges typically occupy a special place that is, as close as we can make it, untainted by most of the pressures that would otherwise apply. Ethical and legal rules exist to further this goal, and it is one of the glories of the American legal system that the goal is so nearly achieved and so commonly and energetically pursued. Even with the frailties basic to all humankind, judges take their independent, unbiased role seriously and are supported in this stance by almost all other parts of our society.

That is the easy part: positing, describing and admiring the ethos that constitutes judicial independence. The hard part is much more complicated and subversive. Where to start? First, there is the frequent tension between judicial independence and the notion of “accountability” that goes back to the origins of our country. Do we want judges to be held accountable to the public for the substance or effect of their decisions? That argument existed at the beginning of our country’s life and continues to crop up, particularly at the state court level, where judicial elections and recall initiatives create pressures that push against judicial independence.

At the federal level, accountability now evidences itself primarily in the confirmation process. While the Robert Bork nomination to the U.S. Supreme Court is often cited as the beginning of a trend to make the confirmation process a political one, the political aspects of the process have blossomed on a small number of hot-button issues, both for the party in the White House and the one controlling the Senate.

Other institutional hurdles to judicial independence exist in court funding (or defunding) schemes, as has happened in Kansas, and in the creation of new (or the elimination of existing) judicial positions, as in North Carolina. South Dakota’s successful rejection of the “jail for judges” initiative is an example of the problems that can be posed and the positive solutions that can be found.

There is a role for lawyers to play in supporting the notion of judges as independent actors in our legal system. And there may even be a supporting role that politicians can play in moving us toward this goal. Lawyers can provide much assistance to the idea of judicial independence, particularly through bar associations at the local, state and national levels. Examples range from support for court funding, to inclusion of judges in educational programs, to greater sensitivity to the judicial need to be separate from fundraising efforts (even for the best causes).

For politicians, where the laxity on judicial independence now seems the most prominent, much will depend on the character of the politicians we elect. It is not good for our democracy or our justice system for politicians, at any level, to refer to “so-called judges” or to demean a judge’s ethnic or racial profile. But that is a topic for another time. For now, recognition of the continuing value of judicial independence is what should have our attention as a nation and our enthusiastic support as a people.

James R. Silkenat served as President of American Bar Association in 2013-2014. He was previously a partner in the New York office of Sullivan & Worcester and a former legal counsel in the World Bank Group’s International Finance Corp. He is treasurer and a member of the Board of Directors of the World Justice Project. He is the editor or co-Editor of 16 books and the author of more than 100 articles on law, business and justice system issues.