Jurors deadlock in case of Arizona teacher who helped immigrants 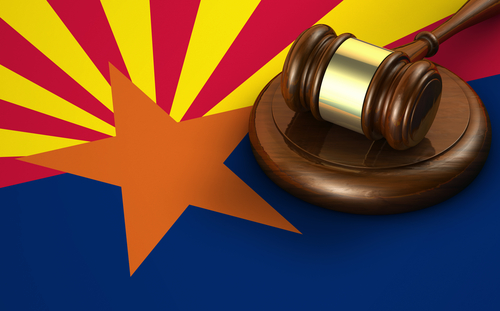 Jurors in Tucson, Arizona, were unable to reach a verdict Tuesday in the case of a teacher who helped immigrants through his volunteer work with No More Deaths.

Jurors had been deliberating since Friday. Warren was charged with one count of conspiracy to transport and harbor two immigrants in the country illegally, and two counts of harboring them.

In the past, prosecutors mostly used the anti-harboring law against for-profit smugglers and sometimes against employers who hire workers they know to be in the country illegally, the New York Times reports.

Prosecutors had accused Warren of hiding two men from immigration authorities at a home used as a staging area known as “the Barn.” Prosecutors said Warren was in contact with a Mexican aid worker before the two immigrants climbed a border fence and hiked to Ajo, Arizona, where they got a ride to the Barn; prosecutors said the driver was the aid worker.

The defense said Warren was doing no more than working on humanitarian rescue efforts, and he was surprised when he encountered the men at the Barn after their arrival.

No More Deaths had claimed the arrest of Warren and others was retribution for release of a video by No More Deaths that showed Border Patrol agents destroying water jugs placed in the desert for immigrants.

Warren read this statement outside the courthouse: “Since my arrest in January of 2018, at least 88 bodies were recovered from the Ajo corridor of the Arizona desert. We know that’s a minimum and many more are out there that have not been found. Today it remains as necessary as ever for humanitarian aid volunteers to stand in solidarity with migrants and refugees.”

Niels Frenzen, the director of the immigration clinic at the University of Southern California Gould School of Law, told the Washington Post it is possible that the jury verdict was an instance of jury nullification, in which jurors refuse to convict despite a belief the defendant is guilty.

It’s also possible, Frenzen said, that some jurors did not believe prosecutors had proved intent to prevent officials from detecting immigrants, which is required by most courts for a conviction under the harboring statute.

Eight other volunteers with No More Deaths were prosecuted this year, according to the New York Times. Four were convicted and four pleaded guilty, but none was sentenced to prison.