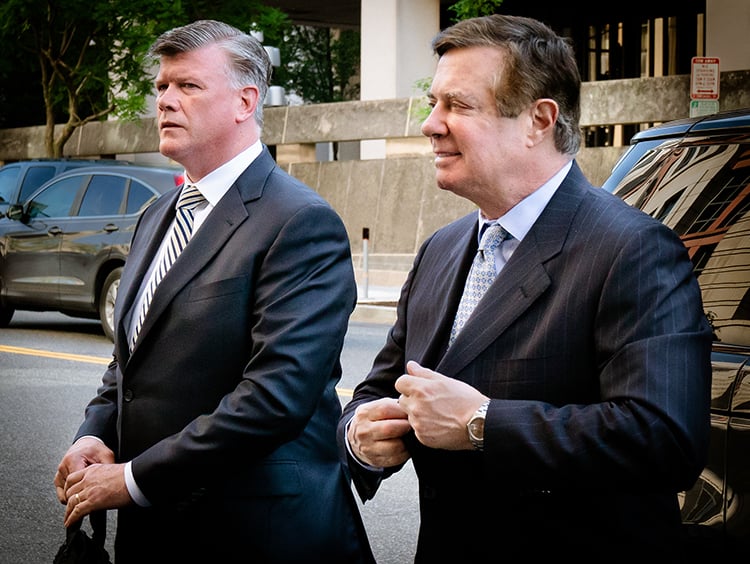 The question was one of four queries sent to Judge T.S. Ellis III at the end of the first day of deliberations, report the Washington Post, the New York Times, the National Law Journal and USA Today.

Ellis answered that reasonable doubt is a doubt based on reason, and the government is not required to prove guilt beyond “all possible doubt.”

Manafort’s lawyer, Kevin Downing, said the question about reasonable doubt is “a good sign,” according to USA Today.

Manafort is charged with bank fraud, tax evasion and failure to report foreign bank accounts. Ellis has been tough on the lawyers during the case, telling them to “rein in your facial expressions,” urging prosecutors to speed up testimony and clashing with prosecutor Greg Andres during testimony by Manafort’s former deputy.

One of the four questions concerned the need to file Foreign Bank Account Reports, known as FBARs, for people who don’t own more than 50 percent of a company and have no signatory authority, but have the authority to control disbursements. Manafort’s lawyers suggested at trial that Manafort may not have believed he needed to file the reports because the offshore accounts were set up by Manafort’s company, and his wife owned half the firm after 2011, according to Washington Post coverage.

Ellis read jurors the jury instruction that said a person must file FBARs when he or she “controls the disposition of money, funds or other assets held in a financial account by direct communications.”

Another question asked for a definition of “shelf company;” the typical term is “shell company,” according to the New York Times. Prosecutors had contended Manafort used shelf companies in Cyprus to control the offshore accounts and move Manafort’s money, according to the Post. Ellis told jurors to rely on their collective recollection to define the term.

Jurors also asked whether the exhibit list could be amended to list indictment counts related to exhibits. Ellis answered no.