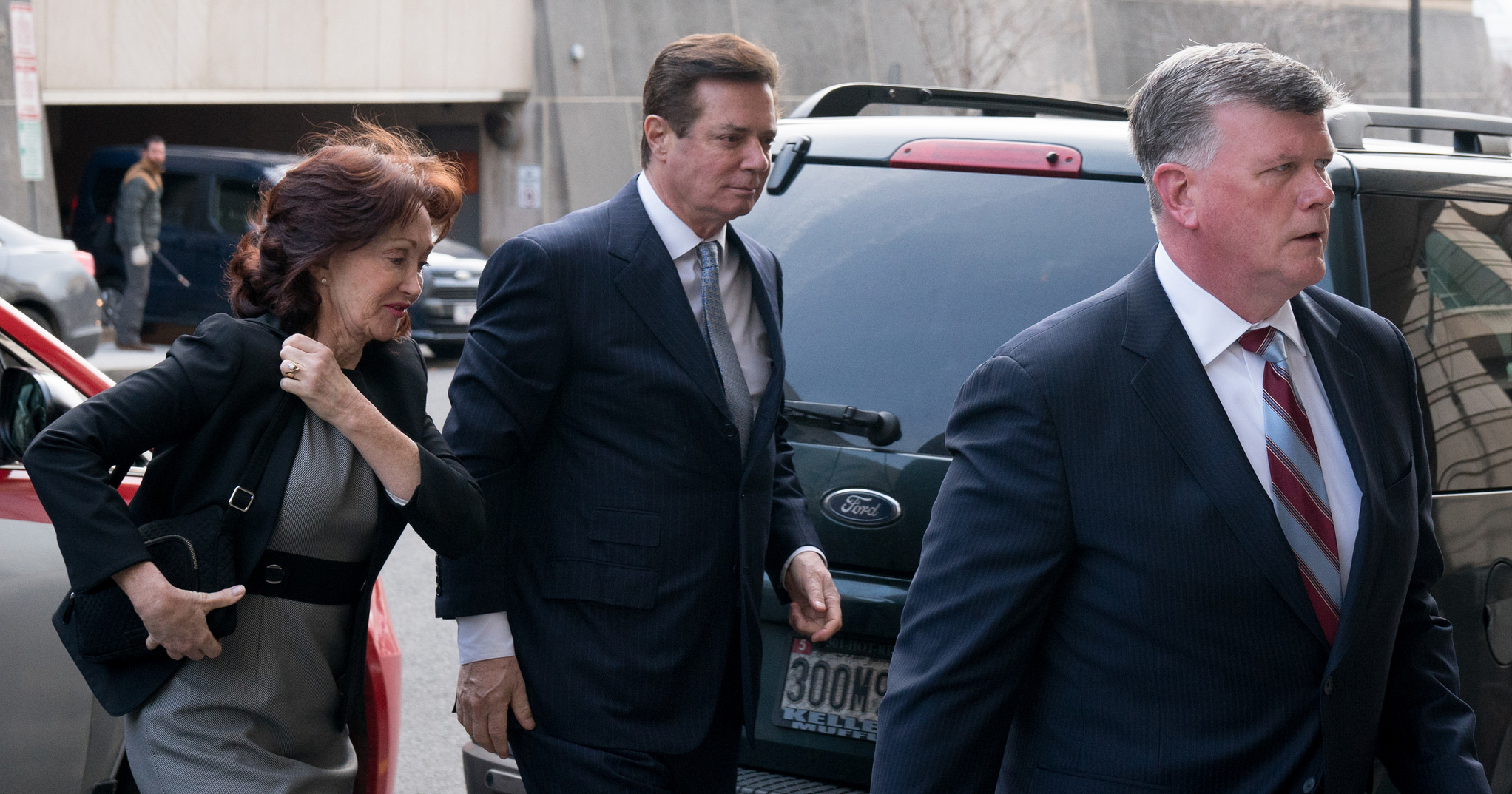 Paul Manafort, his wife, and his lawyer Kevin Downing on Feb. 14. Photo by Victoria Pickering, Flickr.

The federal jury in Alexandria, Virginia, convicted Manafort of five counts of filing false tax returns; one count of not filing a required IRS form; and two counts of bank fraud. It was unable to come to agreement on other financial fraud and tax evasion charges, and Judge T.S. Ellis of the Eastern District of Virginia declared a mistrial on those counts.

The Washington Post reported that legal experts said that under federal sentencing guidelines, Manafort likely faces a decade in prison.

The trial was the first to come out of the work of special counsel Robert Mueller and his team, who were asked to look into Russian interference in the 2016 election. The Virginia case against Manafort was not about the election—despite Manafort’s ties to East European politics—but grew out of that investigation. Prosecutors said Manafort had lied to banks to get $20 million worth of loans—which he used to maintain an expensive lifestyle after his lucrative political consulting work dried up—and hid $65 million from the IRS in overseas bank accounts.

Over two dozen witnesses testified against Manafort in the two-week trial, including his former bookkeeper and accountants and former associate Rick Gates. Manafort’s defense team, by contrast, called no witnesses before resting. His attorneys argued that the prosecution had failed to prove beyond a reasonable doubt that Manafort committed the fraud intentionally, suggesting that he might not know the law.

They also argued that Gates was the one responsible for the fraud—noting that Gates admitted to lying, stealing and cheating on his wife. Gates testified against Manafort as part of a plea deal, for which he admitted he hoped to receive a reduced sentence.

The jury deliberated for four days, during which they asked several times for help with things like defining reasonable doubt. Ellis encouraged them to work toward a unanimous verdict but accepted their partial verdict on Tuesday afternoon.

Manafort faces another trial in September on charges that he failed to register as a lobbyist for the government of Ukraine. He is also charged with attempting to tamper with a witness in that case—the reason he’s been in jail since June.

The trial was punctuated by comments from Ellis, the judge, who repeatedly criticized prosecutors, including for presenting substantial evidence about the lavish lifestyle Manafort’s fraud allowed him to enjoy. At one point, Ellis and prosecutor Greg Andres openly argued in court.

The Washington Post calls the verdict a victory for the special counsel’s investigation, which has repeatedly come under attack by the president and some Republicans for failing to come up with any evidence of Russian collusion.

Corrects to Eastern District in second paragraph on Aug. 22.