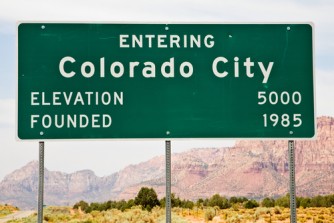 After nearly two months of trial and three days of deliberation, on Monday a federal jury in Phoenix found that two adjacent towns dominated by a polygamous sect have violated the rights of nonbelievers living within their precincts. Discriminatory policing and provision of municipal services such as water hookups violated nonbelievers’ rights under the First, Fourth and 14th amendments, the jury found, as well as fair housing law.

The verdict also includes $2.2 million in damages for six individuals who suffered such discrimination. However, it is not applicable because the parties reached a $1.6 million settlement before the trial ended, according to the Associated Press, the Arizona Republic and Courthouse News.

The $1.6 million settlement includes no admission of liability on the part of Colorado City, Arizona, and Hildale, Utah. The population of the two towns is largely comprised of members of the Fundamentalist Church of Jesus Christ of Latter Day Saints, a polygamous sect that split off from the mainstream Mormon church many years ago. The group’s prophet, Warren Jeffs, is currently in prison on a life sentence for child sexual abuse.

A judge will now decide what injunctive relief or other remedies to impose, possibly after an additional hearing or hearings.

“The case is far from over,” said attorney Jeff Matura, who represents Colorado City, referring to the injunctive relief process.