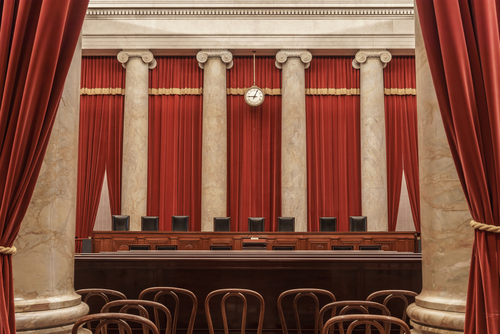 The cert petition asks the Supreme Court to reverse an en banc decision last week by the Richmond, Virginia-based 4th U.S. Circuit Court of Appeals that said the revised travel ban “drips with religious intolerance, animus, and discrimination.” The New York Times, the Wall Street Journal and the Washington Post have stories. How Appealing and SCOTUSblog link to additional coverage.

The 4th Circuit looked to President Trump’s statements about Muslim immigration to determine that the revised ban violated the First Amendment. The government argues in the cert petition (PDF) that religion-neutral government action should not be invalidated based on “speculation about officials’ subjective motivations drawn from campaign-trail statements by a political candidate.”

The administration is also asking the court to lift a nationwide injunction preventing the ban from taking effect. According to the Wall Street Journal, “The president would need the votes of five justices to win immediate restoration of his executive order. The administration’s request could set up an early test for the court which, with Mr. Trump’s first Supreme Court nominee, Justice Neil Gorsuch, once again has a conservative majority.”