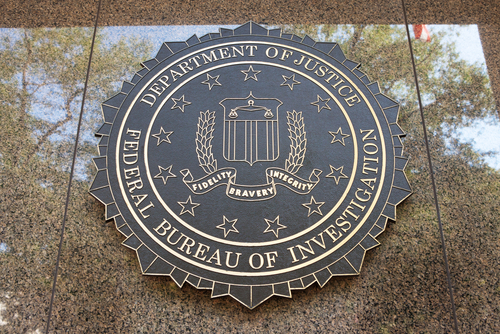 The Justice Department on Friday announced that immigration judges’ job performance will be evaluated according to how quickly they close cases, the Wall Street Journal reported.

The Journal says the quotas are intended to speed up cases, clearing the immigration court system’s lengthy case backlog. They were announced Friday in an email from the Executive Office of Immigration Review, the DOJ office that houses the immigration courts. Director James McHenry told judges the quotas would take effect Oct. 1, with the start of the federal government’s next fiscal year.

“The purpose of implementing these metrics is to encourage efficient and effective case management while preserving immigration judge discretion and due process,” McHenry wrote.

Union officials told the Journal that clearance rates depend heavily on what kinds of cases the judge hears. There are also standards for specific types of cases: 85 percent of cases involving detained—jailed—immigrants must be completed within three days of a hearing on the merits, and 95 percent of merits hearings must be completed on their original scheduled dates. Judges are also asked to complete 100 percent of their reviews of asylum credible fear determinations on the initial hearing dates, unless the Department of Homeland Security fails to produce the immigrant.

The news was not welcomed by the National Association of Immigration Judges. Judge A. Ashley Tabaddor, the current president of the union, says the quotas are “an egregious example of the conflict of interests of having the immigration court in a law enforcement agency.” A quota system invites the possibility that judges will make decisions out of concern about keeping their jobs, she says, rather than making what they think is the legally correct decision. And even if they don’t, she points out, respondents in immigration court may argue that they do.

“To us, it means you have compromised the integrity of the court,” says Tabaddor, who is a sitting immigration judge in Los Angeles but speaking in her capacity as NAIJ’s president. “You have created a built-in appeal with every case. You are going to now make the backlog even more. You’re going to increase the litigation, and you are introducing an external factor into what is supposed to be a sacred place.”

Retired immigration judge Paul Wickham Schmidt adds that the new metrics are unworkable. Reversal on appeal is influenced by factors beyond the judge’s control, he says, including appeals that DHS attorneys file on behalf of the government and shifting precedents in higher courts.

McHenry’s email said that “using metrics to evaluate performance is neither novel nor unique to EOIR.” Tabaddor disagrees. Federal administrative law court systems may have goals to aspire to, she says, but those judges are, by law, exempt from performance evaluations. Nor have the immigration judges themselves been subject to numeric quotas in the past.

“No other administration before this has ever tried to impose a performance measure that [had] this type of metrics, because they recognized that immediately, you are encroaching on judicial independence,” she says.

Schmidt agrees. “No real judge operates under these kinds of constraints and directives, so it’s totally inappropriate,” says Schmidt, who has also served on the Board of Immigration Appeals. “And it’s part of an ongoing effort, I think, to diminish the judges to more or less the status of immigration adjudicators rather than independent judges.”

Tabaddor adds that the Justice Department forced the union last year to drop a provision forbidding numbers-based performance evaluations from its contract negotiations. This was not a sign that NAIJ agrees with the quotas, she says, but rather that the union’s hands are tied under laws that apply to federal employees.

The memo continues a trend of Justice Department pressure on immigration judges to resolve cases. Attorney General Jeff Sessions, who has the power to refer immigration law cases to himself, is currently taking comment on whether judges should have the power to end cases without a decision. (The ABA has said they should.)

Last summer, the chief immigration judge discouraged judges from granting postponements. Sessions did the same in a December memo that referenced the backlog as a reason to discourage “unwarranted delays and delayed decision making.”

Sessions has power over the immigration courts because they are a branch of the DOJ, not an independent court system like Article III courts. Independence has long been on the judges’ union’s wish list, and it was one topic when HBO’s Last Week Tonight with John Oliver explored some problems with immigration courts on Sunday.

As the ABA Journal reported in 2017, the immigration courts have had a backlog of cases for most of the past decade, fueled by more investment in enforcement than in adjudication. Schmidt claims that unrealistic laws and politically motivated meddling in dockets also contribute to the backlog. As of the end of February, 684,583 cases were pending, according to Syracuse University’s Transactional Records Access Clearinghouse, which gets its data from Freedom of Information Act requests.