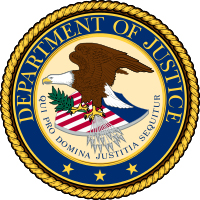 A federal judge in San Francisco has filed an unusual statement with the U.S. Supreme Court that says the Justice Department left an “incorrect impression” in its request for a stay of his order for the disclosure of government records.

U.S. District Judge William Alsup filed the statement in response to the DOJ’s request for the court to block his order to turn over additional documents regarding the government’s wind-down of the Deferred Actions for Childhood Arrivals program that protects immigrants brought to the country illegally as children. The National Law Journal (sub. req.) has the story.

Alsup said the Justice Department failed to include some qualifiers when it characterized his remarks on discovery and also left the “incorrect impression” that he had “endorsed unfettered discovery.”

The Justice Department said in its brief that Alsup had “rejected the government’s position, stating that respondents’ proposal to take immediate discovery was an ‘excellent idea.’” In fact, Alsup’s statement (PDF) said, his actual statement during the hearing included the words “conceivably” and “some.” Specifically, Alsup said during the hearing that “conceivably that’s an excellent idea to take some discovery.”

At the end of the hearing, Alsup said, he added that any discovery should be “limited, narrowly directed [and] reasonable” and “both sides are subject to discovery.”

The government has cited “deliberative privilege” in withholding 84 documents, but Alsup said he overruled the claim as to 48 of those documents after reviewing them. Yet those documents “still remain unseen by plaintiffs’ counsel or the public and remain withheld even though they were admittedly considered” in the government’s decision on the program.

DACA, established in 2012 by President Barack Obama, had provided work permits for people brought here illegally as children and had protected them from deportation. Attorney General Jeff Sessions had argued the program circumvented Congress when he announced its wind-down in September.