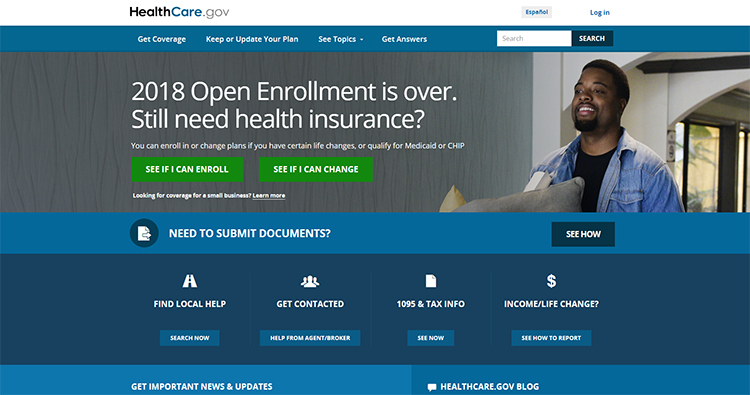 The U.S. Justice Department has told a Texas federal court that it won’t defend provisions in the Affordable Care Act that ban insurers from refusing to cover people with pre-existing conditions and from charging them more money.

The Justice Department filed its brief Thursday in challenge to the 2010 health-care law filed by Texas and 19 other states, report Politico, the New York Times, the Wall Street Journal, Axios and the Washington Post.

But Congress repealed the tax penalty for people without insurance last year, and the individual mandate can no longer be described as a tax when the repeal takes effect in January, the brief says. “As of 2019, therefore, the individual mandate will be unconstitutional under controlling Supreme Court precedent holding that ‘the federal government does not have the power to order people to buy health insurance,’” the brief says.

The provisions banning insurers from denying coverage or charging more based on medical condition or history can’t be severed from the unconstitutional individual mandate, the brief says. The Justice Department seeks a declaratory judgment that those provisions will be invalid as of Jan. 1.

Several other provisions of the law, however, are severable and can still be enforced, the Justice Department said. They included provisions establishing health insurance exchanges, expanding Medicaid coverage and subsidizing premiums for lower-income people.

Attorney General Jeff Sessions told congressional leaders in a letter about the Justice Department’s stance in the case, and said it had been approved by President Donald Trump.

Sixteen states have intervened in the case to support the law. U.S. District Judge Reed O’Connor is presiding.

Before the brief was filed, three career lawyers at the Justice Department withdrew from the case. One of their replacements is Brett Shumate, described by the Times as “a Trump administration political appointee in the civil division of the Justice Department who has played a leading role in defending the White House in a range of lawsuits.”