Justice Ginsburg is close behind Judge Judy on most trusted list 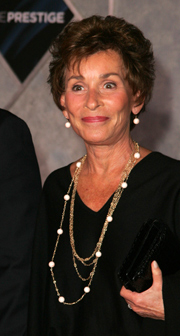 But actors are apparently the most trusted people in America, according to a Reader’s Digest poll. Topping its trusted list were actors Tom Hanks, Sandra Bullock and Denzel Washington.

President Obama was less trusted than his wife.

Why did Judge Judy fare so well? Robert Thompson, founding director of the Bleier Center for Television and Popular Culture at Syracuse University, suggests it has to do with exposure. “If I like Judge Judy, I can see her every day for an hour and connect with her,” Thompson told Reader’s Digest. “We don’t even see the president that often, let alone a Supreme Court justice.”

A press release explains the methodology. The poll asked 1,000 people to look at a list of more than 200 people from 15 influential professions and then to rank them for trustworthiness, taking into account integrity and character, exceptional talent, drive to personal excellence, internal moral compass, message, honesty and leadership.