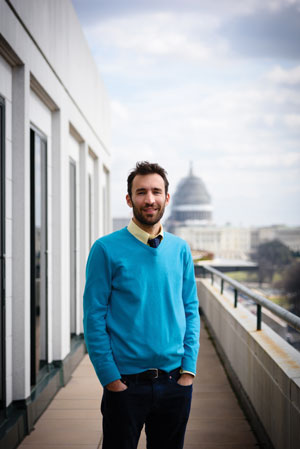 Karakatsanis, a co-founder of the small nonprofit Equal Justice Under Law, was observing court proceedings in downtown St. Louis when he saw a woman appear on drug-related charges. She had been arrested after riding in a car with a stubbed-out marijuana cigarette in its ashtray, though she said she hadn’t known it was there. But she was also the mother of a newborn baby—and they’d been separated for three weeks because she couldn’t afford to pay her bail.

The woman had a choice, Karakatsanis recalled: Plead guilty to having control over the marijuana, accept a small fine and get back to her child, or maintain her innocence and stay in jail while she fought it through a public defender. She asked the judge what to do, and the judge led her through a plea colloquy.

Karakatsanis told that story Friday morning at “Pretrial Justice: Maximizing Due Process and Public Safety,” an event organized by the ABA’s Criminal Justice Section as part of the ABA Annual Meeting in San Francisco. He and one of his pretrial committee co-chairs, Cherise Fanno Burdeen of the Pretrial Justice Institute, spoke about the importance of reforming financial bail as a way to treat prisoners with more humanity, improve public safety and save public money.

Burdeen spoke first, explaining some of the research on the practice of jailing people pending trial. Using numbers from the Vera Institute for Justice, she said unconvicted jail inmates account for 77 percent of the increase in jail populations since 1990, even though crime rates have gone down. The main contributor is financial bail, she said; adjusted for inflation, there was a 47 percent increase in bail amounts between 1992 and 2009. 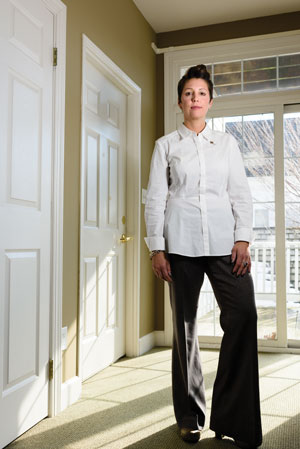 This has bad effects for everyone concerned, she said. A study released in July by the University of Pennsylvania shows that detained inmates in Harris County, Texas, are 25 percent more likely to plead guilty than similar defendants who were released; 43 percent more likely to be sent to jail; and received sentences more than twice as long. People detained before trial are also more likely to commit new crimes, the Penn study found.

Burdeen promoted research-backed pretrial safety assessments as one solution to this problem. Those assessments ask a handful of questions about the defendant’s criminal history, employment, family and more to assess whether he or she is likely to come back to court (the original purpose of bail). This is the system the federal courts have been using since the 1960s, she noted, when Robert F. Kennedy made bail reform a pet issue.

Karakatsanis spoke about his work trying to eliminate financial bail systems through Equal Justice Under Law. The nonprofit has filed multiple lawsuits challenging bail schedules, which are lists of bail amounts tied to offenses rather than the defendant’s risk profile. Though many jurisdictions have settled, a few are fighting the cases, including the city and county of San Francisco, where the talk took place. The bail bond industry, which has a financial stake in the outcome, has joined those defenses as an amicus.

Not everyone in the audience accepted this uncritically; one man left after repeatedly questioning Karakatsanis about details of his St. Louis story. But others in the audience had a vigorous discussion about the importance, and the dangers, of judicial leadership on these issues.

Burdeen ended the session by acknowledging that while pretrial release decisions can threaten judges’ re-election prospects, they can also be eased by the universal use of risk-based, research-backed pretrial evaluations.

“When jurisdictions use a risk assessment instrument with all judges, and [set] conditions or detention based on an agreed-upon transparent system, not individual judges’ discretion, you can help protect each other,” she said.

ABA Journal: “Court systems rethink the use of financial bail, which some say penalizes the poor”