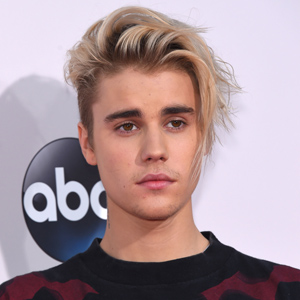 Herrera wrote a letter (PDF) on Monday to Bieber’s record label and distribution company that condemns the “graffiti vandalism” and expresses an intent to aggressively pursue available penalties. The Recorder (sub. req.) and the San Francisco Chronicle have stories. 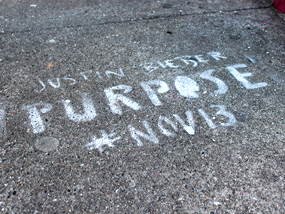 Photo of one of the sidewalks which was spray painted, courtesy of the City Attorney of San Francisco.

The letter asks Def Jam Recordings Inc. and Universal Music Group to identify the parties responsible for the graffiti and to propose a resolution to avoid civil litigation. The stenciled graffiti, which was done on multiple city sidewalks with permanent spray paint, reads “Justin Bieber Purpose #Nov13.”

“This prohibited marketing practice illegally exploits our city’s walkable neighborhoods and robust tourism; intentionally creates visual distractions that pose risks to pedestrians on busy rights of way; and irresponsibly tells our youth that likeminded lawlessness and contempt for public property are condoned and encouraged by its beneficiaries—including Mr. Bieber and the record labels that produce and promote him,” Herrera wrote.

Herrera says in a news release that current penalties for “guerrilla marketing graffiti seem to reflect an acceptable cost of doing business by irresponsible companies.” He says he is working on legislation that would create tougher penalties.