Justin Bieber charged with vandalism, takes plea, will pay $80K to fix to egg damage to nearby home 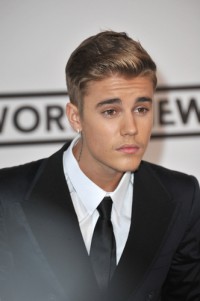 After months of investigation, the Los Angeles County district attorney’s office criminally charged teen pop singer Justin Bieber with vandalism Wednesday over a January incident in which up to $20,000 worth of damage was reportedly caused by eggs thrown at a neighboring mansion.

At that point, the case started moving quickly. At an afternoon arraignment in Los Angeles Superior Court in Van Nuys, a plea deal was announced in which Bieber, 20, will be on probation for two years and pay $80,900 in restitution, CNN reports. He must also participate in 12 anger management sessions, complete five days of community labor and stay 100 yards or more from the victim’s family. TMZ broke the news of the planned plea bargain.

The county sheriff’s office had called for the case to be charged as a felony because of the amount of damage caused, but the DA’s office announced Wednesday that Bieber is facing a misdemeanor vandalism count, according to the Associated Press.

Following the January incident, Bieber sold his Calabasas home to Khloe Kardashian for a little over $7 million, the Los Angeles Daily News reports.

Bieber was charged in January in a a driving-under-the-influence case in South Florida and turned himself in that same month to authorities in Toronto concerning a charge that he assaulted a limousine driver in December.

Bieber’s lawyer, Howard Weitzman, has said Bieber did nothing wrong in Canada, and described the case there as equivalent to a misdemeanor. Weitzman could not immediately be reached for comment concerning the Los Angeles case, the AP reports.

Bieber’s representative provided a written statement to CNN which says “Justin is glad to get this matter resolved and behind him. He will continue to move forward focusing on his career and his music.”