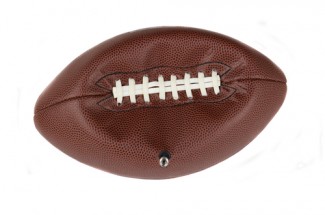 The average length of dispositions—which included probation and custody—was 513 days for the juveniles studied. But that average increased by about 35 days after an unexpected loss, according to the researchers, Ozkan Eren and Naci Mocan.

When LSU was ranked in the top 10 before the game, an unexpected loss had a bigger impact—the disposition was 63 days longer an average, according to the study (sub. req.)

The increased disposition was even higher—74 days longer—when the judge attended LSU as an undergraduate, leading the researchers to conclude that the results are driven by those judges who received undergraduate degrees from LSU.

The researchers deemed a loss to be unexpected if the team lost, despite a prediction by Las Vegas bookmakers that it would win by four or more points.

The study looked at juvenile court decisions from 1996 to 2012 in cases where the youth was found delinquent after a first offense. (Cases of first-degree murder and aggravated rape were excluded). More than 8,200 cases were decided in that period by 207 judges.

Mocan tells the ABA Journal he and his colleague conducted the study because of an interest in law and economics, and the impact of how emotional shock can influence behavior. “Frankly we didn’t think we would find anything” in the study of how football losses influenced the judges’ sentencing, he said. “I put this on the back burner, thinking it would be a waste of time.”

The takeaway of the study is the need to be mindful of the impact of emotional stresses, he says. “Emotions have powerful impacts on decisions, judgments and choices, even among individuals who are highly educated,” he says. “Perhaps being mindful of this will help the judges filter out these effects.”

Hat tip to the Atlantic, which covered the results.