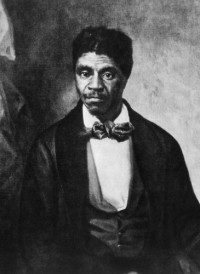 Kansas Attorney General Derek Schmidt is apologizing for a brief citing the Dred Scott decision in defense of the state’s abortion law.

Schmidt withdrew the brief Wednesday, the Wichita Eagle and the Huffington Post report.

“Neither the state nor its attorneys believe or were arguing that Dred Scott was correctly decided, and as soon as I became aware of it today, I ordered the state’s brief withdrawn,” Schmidt said in a statement. “Nonetheless, the reference to that case was obviously inappropriate.” The reference “is not necessary for the state’s legal argument, and should not have been made,” he said.

The brief had cited the Dred Scott case to support an abortion law that bans the most common method of ending pregnancy in the second trimester. The case is on appeal to the Kansas Supreme Court. A lower court judge had barred the law from taking effect, citing a provision in the Kansas Constitution’s Bill of Rights, and an equally divided appeals court affirmed.

The Kansas provision at issue, known As Section 1, uses language from the Declaration of Independence. The section states that “all men are possessed of equal and inalienable natural rights, among which are life, liberty, and the pursuit of happiness.”

The Kansas brief (PDF) had noted the U.S. Constitution’s 14th Amendment also uses language from the Declaration of Independence, but argued the similarity doesn’t mean that both provisions protect the right to abortion.

The brief said courts across the country have recognized the Declaration of Independence is a statement of ideals, not law. Several citations followed, including one to Dred Scott, the U.S. Supreme Court case that found that blacks were not U.S. citizens and could not challenge slavery. The decision describes the Declaration of Independence’s unalienable rights as merely “general words used in that memorable instrument” that have no legal effect, according to the brief.

Kansas Solicitor General Stephen McAllister had filed the brief in response to an amicus brief filed by the American Civil Liberties Union. That fact in itself surprised Doug Bonney, chief counsel for the Kansas chapter of the ACLU, according to the Wichita Eagle story.

“Frankly, I’ve never seen anybody reply to an amicus brief,” Bonney told the newspaper. “I guess ours was so great that they felt the need to reply.”