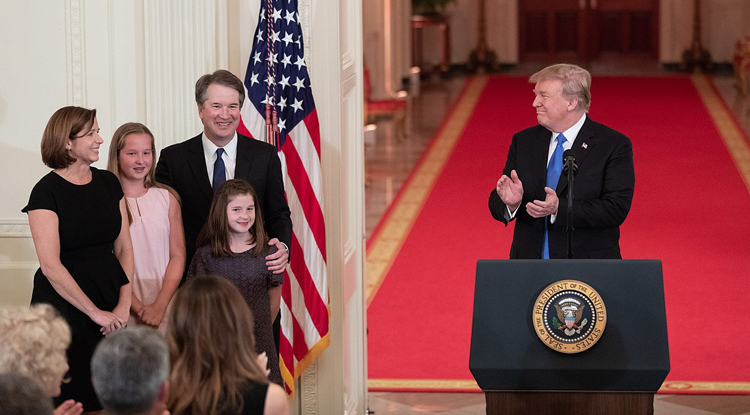 Supreme Court nominee Brett Kavanaugh once told independent counsel Ken Starr in a memo that he shouldn’t pursue an indictment of President Bill Clinton while he was in office.

Kavanaugh had helped write Starr’s report arguing that Clinton could be impeached for lying about his affair with Monica Lewinsky and obstructing justice. But Kavanaugh apparently believed that the president would not be removed from office, the 20-year-old memo indicates.

“After the Senate has concluded,” Kavanaugh wrote, “I would send a letter to the attorney general explaining that we believe an indictment should not be pursued while the president is in office.”

The Times says Kavanaugh’s view “is likely to be welcomed” by President Donald Trump, “who could find himself the subject of a similar debate” in a probe by special counsel Robert Mueller.

Kavanaugh had expressed a similar view in a 2009 article for the University of Minnesota Law Review. The article said Congress should pass laws to protect presidents from criminal and civil cases until they have left office.

In another memo, written in February 1999, Kavanaugh expressed regrets that the independent counsel’s office was being criticized for including details about Clinton’s sex acts with Lewinsky in its report to Congress. Kavanaugh had reportedly urged Starr not to include sexual details in the report.

“We can safely also express regret that we did not do more at the time to jump in front of the train and to try to prevent the House from immediately and publicly releasing all of the details,” he wrote.