The Keanu Reeves cinematic guide to being an 'excellent!' criminal defense attorney 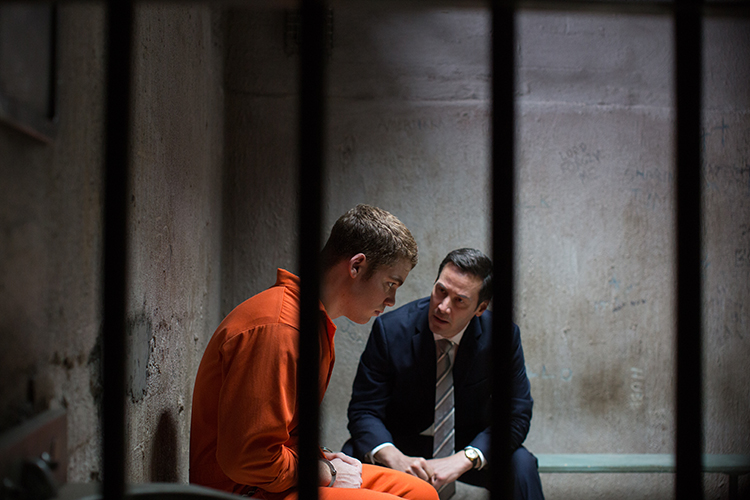 Disclaimer: this is not the article I intended to write. Keanu Reeves’ hasn’t endorsed it ... yet.

But as much as I love legal movies, I really, really love comic book films. So, obviously, Thor: Ragnarok took precedence. Then came the new Justice League film. And after a lackluster opening weekend—plus plenty of negative reviews—the newest Denzel vehicle was removed from rotation at my favorite local theater. Then came Thanksgiving … you get the picture.

ALL DEFENDANTS DESERVE THEIR DAY IN COURT

Missing out on Denzel somehow led me to Keanu. Instead of trying to find time to see the new film at some inferior theater during the holiday, I decided to stream something at home instead.

I found The Whole Truth. It was released late 2016 to little fanfare. Honestly, I had never heard of the film until I came across it on Amazon, probably because of the critical beating it took. It’s got a 29 percent approval rating from Rotten Tomatoes. But, we’re not here to talk about the movie’s cinematic merits. We’re here to discuss the man who was, and always will be, Ted “Theodore” Logan, III.

But first, an aside: My legal partner and I have a running joke in the office about the difference between an innocent client and a guilty one. It’s in regards to the 1997 Keanu Reeves hit Devil’s Advocate and its opening scene. There, you see Keanu’s character, Kevin Lomax, come to grips with the realization that his client is likely guilty. This is in the middle of jury trial. A confrontation ensues, as Keanu is obviously upset that his client has been lying to him about his innocence through the whole case.

However, Keanu does what any good trial lawyer would do. He puts his own personal perception of the situation aside—remembers he’s not judge nor jury—and proceeds to destroy the prosecution’s case with a very well-crafted cross-examination of the teenage accuser.

Which brings us back to The Whole Truth (my Denzel substitute). Keanu plays small-town defense attorney Richard Ramsay tasked with defending a teenage boy against accusations he murdered his wealthy father. Ramsay knows the family, also represents the mother, and used to work with the deceased (don’t get me started on the potential ethical implications).

Here, Keanu plays pseudo mentor to a young attorney. He lets her second-chair the jury trial. As the trial unfolds, the young attorney begins to question the evidence and the defense theory.

When the young attorney pointedly confronts Keanu about the possibility that defense witnesses may be stretching the truth, he answers “That might be true. I don’t know or care.”

The fact of the matter is that the testimony is the testimony. Neither attorney on either side can or should coach their witnesses. Obviously, there is a very thick, bright line between simply eliciting testimony and suborning perjury. Any trial attorney will tell you it is impossible to predict exactly what a witness will say when they get on the stand. Many times, it’s something they’ve never said before. A good defense attorney handles the testimony as is. After all, the witness is under oath. You have to assume, and hope, that they will testify truthfully.

As Keanu so aptly puts it, any attorney worth his salt has to find a balance between “his own need to know the truth and the best interest of his client.”

TRUST IS INTEGRAL TO THE ATTORNEY-CLIENT RELATIONSHIP

Towards the end of The Whole Truth, Keanu is faced with a difficult situation. His client has refused to discuss potential testimony with him. In fact, the client has refused to speak with anyone during the pendency of his criminal case. Even though Keanu admits that normally such circumstances might call for a psychological evaluation, he believes the kid is competent and does not request one. He intends to proceed with the defense based solely on attacking the prosecution’s evidence in hopes the jury will hold them to their burden.

Regardless, things take a surprise turn when the defendant demands to testify on his own behalf. When asked about his thoughts on this turn of events, Keanu knows the rules: If the defendant wants to testify, he gets to testify. “It’s his constitutional right.”

Some might think this scene could only occur in a Hollywood production. Well, I’m here to tell you personally that it can happen in real life as well, to a certain degree. I distinctly remember a jury trial a few years back where I worked tirelessly with my client and explained to him that taking the stand and testifying would completely ruin any chance we had of winning … and we didn’t have much of a chance to start with.

Now, the case never should have gone to trial in the first place (we had bad facts, and I had worked a deal for the mandatory minimum). I tried my best to convince the client of what I thought was best, but he would have none of it.

For whatever reason, there was some level of trust lacking in our relationship. He did not trust my trial plan, and I did not trust his ability to testify truthfully without sinking our ship. Regardless, my client did end up testifying on his own behalf. Consequently, he also ended up confessing to the crime, on the stand, under oath. I kid you not.

Luckily, I was able to minimize the damage during closing, and the jury recommended only one year above the mandatory minimum sentence. Still, the result could have been so much worse. At the end of the day, though, it was his case. “It’s his constitutional right.”

I had to throw this into the mix as well. It has nothing to do with The Whole Truth or Devil’s Advocate, but it’s still a great takeaway from the man in question.

You’d be hard pressed to find anyone who enjoys the stress, confusion, and uncertainty of a criminal interrogation. Well, guess what? Keanu doesn’t like it either. (Warning: Language NSFW.)

If law enforcement officers want to speak with you, call your lawyer first …even if you are a lawyer. Don’t go it alone even if you are a practicing attorney (or have simply portrayed one on the silver screen). It’s a bad idea 10 times out of 10.

Thanks for your wisdom, Keanu. You’ve made us all most triumphant attorneys because of it.