Kids fined for lemonade stands get 'Legal-Ade' from Country Time 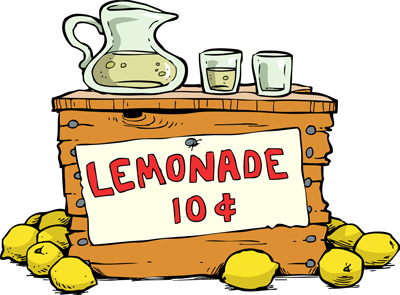 Children who are fined for lacking a permit for their lemonade stands are getting some help from Country Time.

The lemonade brand is paying up to $300 to cover the fine or the cost of a permit, according to a press release, U.S. News & World Report and the Denver Channel.

“The Country Time brand is taking a stand,” the release says, “by introducing Legal-Ade: a crack team ready to straighten out lemonade stand-related permits and fines.”

The company says it acted after boys who were running a lemonade stand for charity got a visit from police over the Memorial Day weekend, the Denver Channel previously reported. The boys planned to donate the money to Compassion International to help children in need.

Police shut the lemonade stand down after receiving a complaint. The city later determined the boys didn’t need a permit.

Country Time says it will reimburse the cost of fines or permits for children age 14 or younger when parents fill out a registration form and upload an image of the permit or fine, along with a description of what the lemonade stand means for the child, in the child’s own words. Country Time can use names, photos and submissions in promotions. Terms and conditions are here.

After the company pays $60,000 in fines, the reimbursements for this year end. The program concludes Aug. 31.