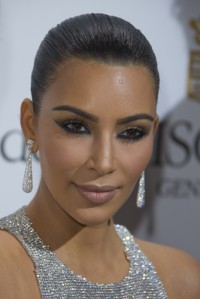 Media personality and socialite Kim Kardashian West hopes to follow in the footsteps of President Abraham Lincoln by skipping law school and becoming a lawyer through “reading the law.”

West recently told Vogue about her plans, spurred by a meeting with President Donald Trump.

She had urged Trump to commute the sentence of 63-year-old Alice Marie Johnson, sent to prison more than 20 years ago for drug possession and money laundering. Trump commuted Johnson’s sentence last June.

California is one of only four states that allow aspiring lawyers to take the bar exam by learning the law through apprenticeship and study, report the Washington Post, the San Francisco Chronicle and the San Jose Mercury News, all of which covered the Vogue report.

West resides in Hidden Hills, California, with her children and husband, rapper Kanye West, who filed a lawsuit last month with a music publisher. In the dueling suits, he alleged contract “servitude,” while the music publisher, EMI, claimed a deal breach.

She’s been studying since last summer. West must apprentice for 18 hours per week and will have to take the “baby bar” this summer. If she passes, she has to study three more years.

Only three people who took the California bar exam in 2015 were educated by “law office study;” two of them passed the bar, according to statistics cited by the Washington Post.

West is studying with the co-founders and policy director of a criminal-justice reform group called #cut50. Two of the lawyers showed up to help West study one afternoon while a Vogue reporter was there.

“First year of law school,” West told Vogue, “you have to cover three subjects: criminal law, torts and contracts. To me, torts is the most confusing, contracts the most boring, and crim law I can do in my sleep. Took my first test, I got a 100. Super easy for me. The reading is what really gets me. It’s so time-consuming. The concepts I grasp in two seconds.”

West’s late father, Robert Kardashian, was a member of the defense team that successfully defended O.J. Simpson on murder charges. West told Vogue that she used to snoop through her father’s evidence books on the weekends.

She hasn’t finished college, but she might not have to under the reading law program, according to Vogue.

“It wasn’t until the early 1800s that a law degree was even a thing,” according to Vogue. “Everyone apprenticed with a lawyer or judge, and even after colleges began offering law courses, many still chose apprenticeship, including no less a figure than Abraham Lincoln.”