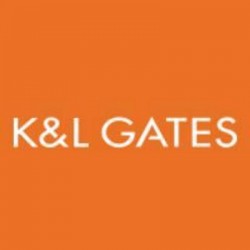 K&L Gates is making an investment in blockchain technology and training for its attorneys.

“We are hearing from our lawyers globally who are excited about getting hands-on experience working with blockchain applications,” said K&L Gates Global Managing Partner James Segerdahl in a press release.

Blockchain is the technology that underpins cryptocurrencies like bitcoin and application and smart contract platforms like Ethereum. Blockchain, described as a “distributed ledger,” creates a secure, public ownership list of an asset.

In recent years, the popularity of the technology has captured the imagination of lawyers and law firms because of its application in smart contracts, multiparty asset ownership and initial coin offerings. An ICO is fundraising vehicle for new cryptocurrencies or businesses.

Judith Rinearson, a partner in K&L Gates’ New York and London offices who is leading this initiative, said in the release: “The first stage of our blockchain initiative will be a ‘sandbox’ that will allow our lawyers from around the world to get direct experience working with blockchain applications.”

After the firm’s attorneys gain familiarity with smart contracts built on blockchain, the firm, in partnership with the European blockchain company Chainvine, hopes “to create an internal private permissioned blockchain” that can be used throughout the firm, according to the release.