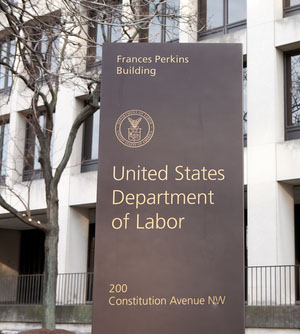 The U.S. Labor Department on Tuesday officially rescinded the Obama administration’s “persuader rule” that would have required lawyers and consultants to report on advice given to employers about persuading employees on union issues.

The agency’s announcement noted that the ABA had opposed the rule. “The persuader rule impinged on attorney-client privilege by requiring confidential information to be part of disclosures and was strongly condemned by many stakeholders, including the American Bar Association,” the Labor Department said in a news release.

The rule was never implemented because of injunctions by U.S. District Judge Sam Cummings of Lubbock, Texas, who said the Labor Department likely exceeded its authority in implementing the rule. Cummings also said the rule likely violates free-speech and association rights, including the “long-recognized First Amendment right to hire and consult an attorney.”